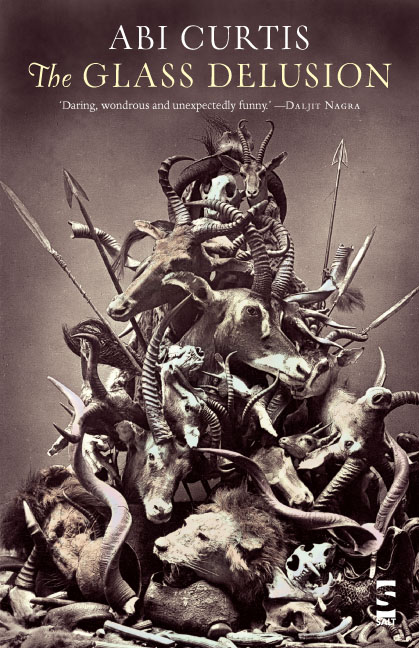 Published by Robin Houghton on September 2, 2012

Lovely evening last week at the Red Roaster in Brighton, for the launch of Abi Curtis’s new collection The GlassDelusion. Not too crowded, some familiar faces and a really nice selection of work being read.

I’ve a soft spot for Abi ever since she and I were involved with the University of Sussex ‘Poetry Soc’ back in her undergrad days, when I was doing my digital media masters and half-wondering whether I should have been on a Creative Writing MA (which was the loser in my ‘either-or’ decision about what to study as a precursor to my new post-marketing post-corporate life.) Thanks to Abi I took part in my first poetry reading in the (now defunct?) Crypt student bar on campus. Very exciting for me to find out years later that she’d gone on to a career as a poet and academic. I loved her first collection Unexpected Weather and her reading/speaking style is gentle, measured and appealing (“It’s only a little poem, and it’s just called ‘Rabbit’…”) So far I’m enjoying ‘The Glass Delusion’ a lot. More about this in a future post.

Strangely enough, I think this was only the second time I’ve heard Catherine Smith reading her poetry – the last time she was at the Needlewriters in Lewes we heard one of her short stories. I have to say I really enjoyed hearing her, and the selection she chose included a very powerful one which she said some have called ‘an anti-marriage poem, but it’s not, it’s an anti-shopping poem’ which kind of made my ears prick up right away. I think it was probably from her collection ‘Lip’ which I need to seek out. Catherine also read from her forthcoming book, and one poem I recognised about her ‘imagined’ daughters, maybe I’d read it in a magazine?

I’ve really enjoyed John McCullough’s The Frost Fairs and John is an engaging reader. It was great to hear again ‘Reading Frank O’Hara on the Brighton Express’ and ‘Sneakers’ – the latter about a shipload of trainers that floated around the world, which I was a bit annoyed about because I’ve always wanted to write a poem about the ‘Friendly Floatees’ – but now it might seem derivative! Would like to have heard him read one of my favourites from the collection, ‘Sleeping Hermaphrodite’ – maybe next time 🙂