It took three rows of barbed wire coiled round stakes,
hammered at angles into sand and shingle. The beach
packed and leaking like keddle nets of cockles in green
buckets, for six summers.

Wading off in gumboots, baitdiggers beyond the rocks
held occasional wakes, observed by boys belly-down
in the dunes with binoculars, swapping quiet jokes
and stale crackers. Over on the mud flats lugworms blew their coiled casts
as shellfish slept peacefully, and tides took time to warp
the weed-wrapped posts, as crippled as the knees
of sentries denied their leave. After the war, low-slung homes stood watch: black-eyed,
slammed cold up against marram grass and buckthorn,
demanding their sea defences. Then came Pontins
and the caravans.

When my sister is old » 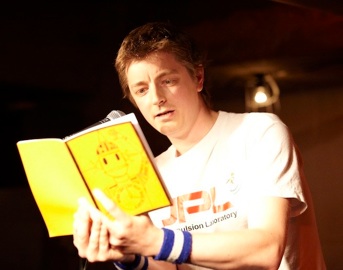