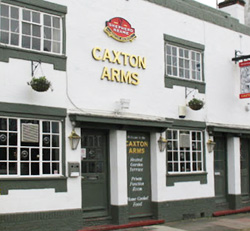 Poems we read and talked about last night

Published by Robin Houghton on February 5, 2013

There may only have been four of us at the Stanza reading group last night but we had plenty to talk about. The poems we looked at were ‘Reprimands’ by Michael Donaghy, ‘Calcium’ by Deryn Rees Jones, ‘Substance & Shadow by John Hewitt and ‘A gift’ by Don Paterson. So America, Wales, ireland and Scotland all represented.

Michael Donaghy is a poet I’d heard of but hadn’t read before, and a bit of digging revealed more about him. A group of his former students at Birkbeck College and City University, London formed ‘The King’s Poets’ a decade ago, and one of their number (Lucy Ingrams) recently took 2nd place in the Magma Poetry Competition I believe. There’s a bit of trivia for you.

Meanwhile the mission was on to rescue Deryn Rees Jones from the mixed impression she gave at the TS Eliot readings (the poem she read included the word ‘dog’ 594 times, or thereabouts.) We all enjoyed ‘Calcium’ I think, and managed to interpret it in many different ways,with increasing vehemence!

I think perhaps John Hewitt’s ‘Substance and Shadow’ was my favourite poem of the night, despite the unpromising title – how many times are we told in workshops to avoid abstract subjects? In fact there was little that was abstract about the poem. Like ‘Reprimands’ it followed a fairly strict form of iambic pentameter with an abab type rhyme scheme. (Although there were noticeably deliberate breaks with this in the Donaghy poem). I want to call ‘Substance and Shadow’ a sonnet, and maybe it is – 16 lines followed by 8 lines – not a Shakespearean sonnet, but another type? Please put me right if I’m showing my ignorance.

Don Paterson’s ‘A Gift’ was the one I brought, from his 2003 collection ‘Landing Light’. It’s actually not my favourite in the book, but I chose it for technical reasons not worth going into. It has a mysterious, almost biblical quality about it (nice link with the Donaghy poem here). I love the way Paterson works with form; in this collection there is everything from sonnets to prose poems to ballads. And always very clever.