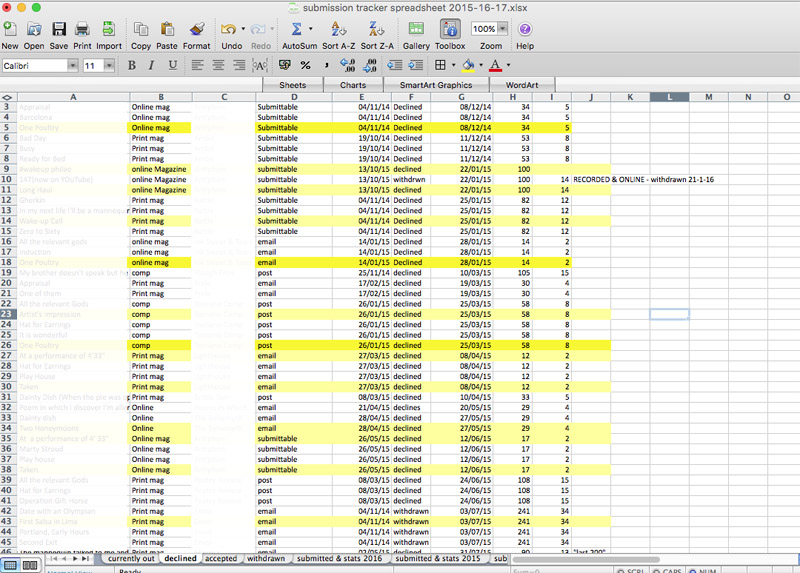 Another reason to track poetry rejections

Published by Robin Houghton on September 5, 2017

Thank you to everyone who requested the PDF of submissions windows, and all the lovely comments. I’m very pleased that it’s useful. Thank you also for the corrections and additions you’ve given me. There are a couple more publications I’ve since realised should be on the list. I’ll add them when I do an update.

Meanwhile, I was just updating my own submissions record and thought you might find this interesting – when a poem is accepted somewhere, I go back and highlight all the times it had been rejected beforehand (or versions of the same poem). This reminds me that what might not work for one journal can still work for another.

In the screenshot above I’ve blurred out the journal and poem titles but basically it shows a list of the poems I had rejected in the first half of 2015, and those highlighted in yellow were subsequently published elsewhere – some only just recently. I find around a third of rejected poems still go on to get published, albeit in some cases after a bit more work.

So basically the lesson is not to give up on a poem, if you believe in it, just because it’s been rejected a couple (or more) times.