Current reading and other news

Current reading … and a parrot

Camilla’s Bookshop is open again in Eastbourne after an arson attack, and I can report that the parrot is still alive and greeting you as you enter, and the stacks of books are as tightly packed as ever – in fact even more so! Here’s how the poetry section looked before (multiply this ten or even twenty times over and you get a good picture of the shop as a whole! 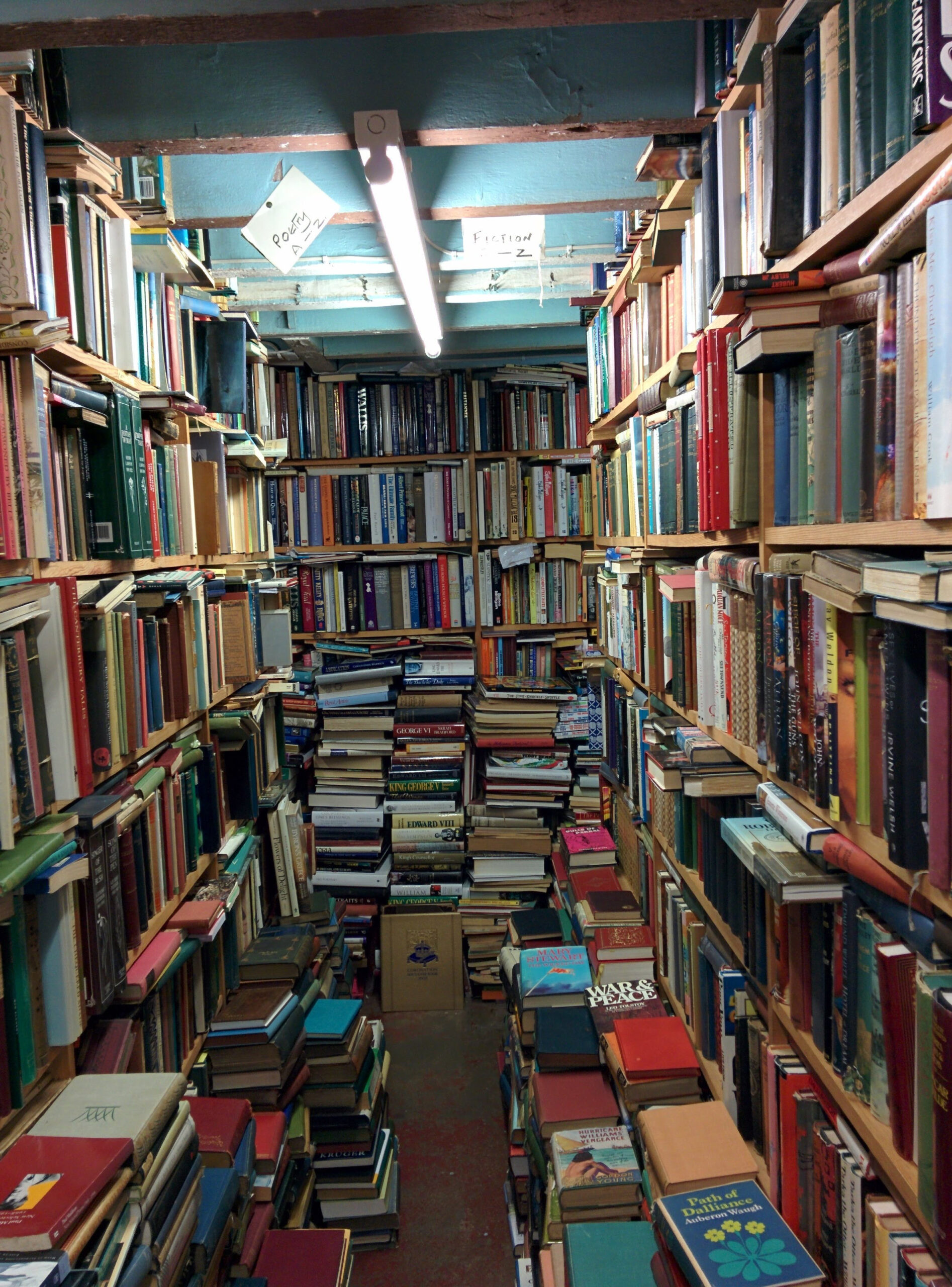 Now, the stacks on the floor are about 4 foot tall and it’s impossible to bend down and get one’s head into a position to see what’s actually in the stack…however I managed to find two books of interest on the upper shelves. One is John Donne, The Complete English Poems (Penguin Classics) and the other is  The Eavan Boland Sourcebook (Carcanet) which I’ve started and already it’s fascinating. Eavan Boland is a poet I’d only heard of but not read, but when she died earlier this year there was such an outpouring of grief from the poetry community that I decided I needed to seek her out.

In addition to this I’m near the end of a lovely book by Jean Sprackland, a memoir in which she retraces her steps through the graveyards and cemeteries she’s known over the years. 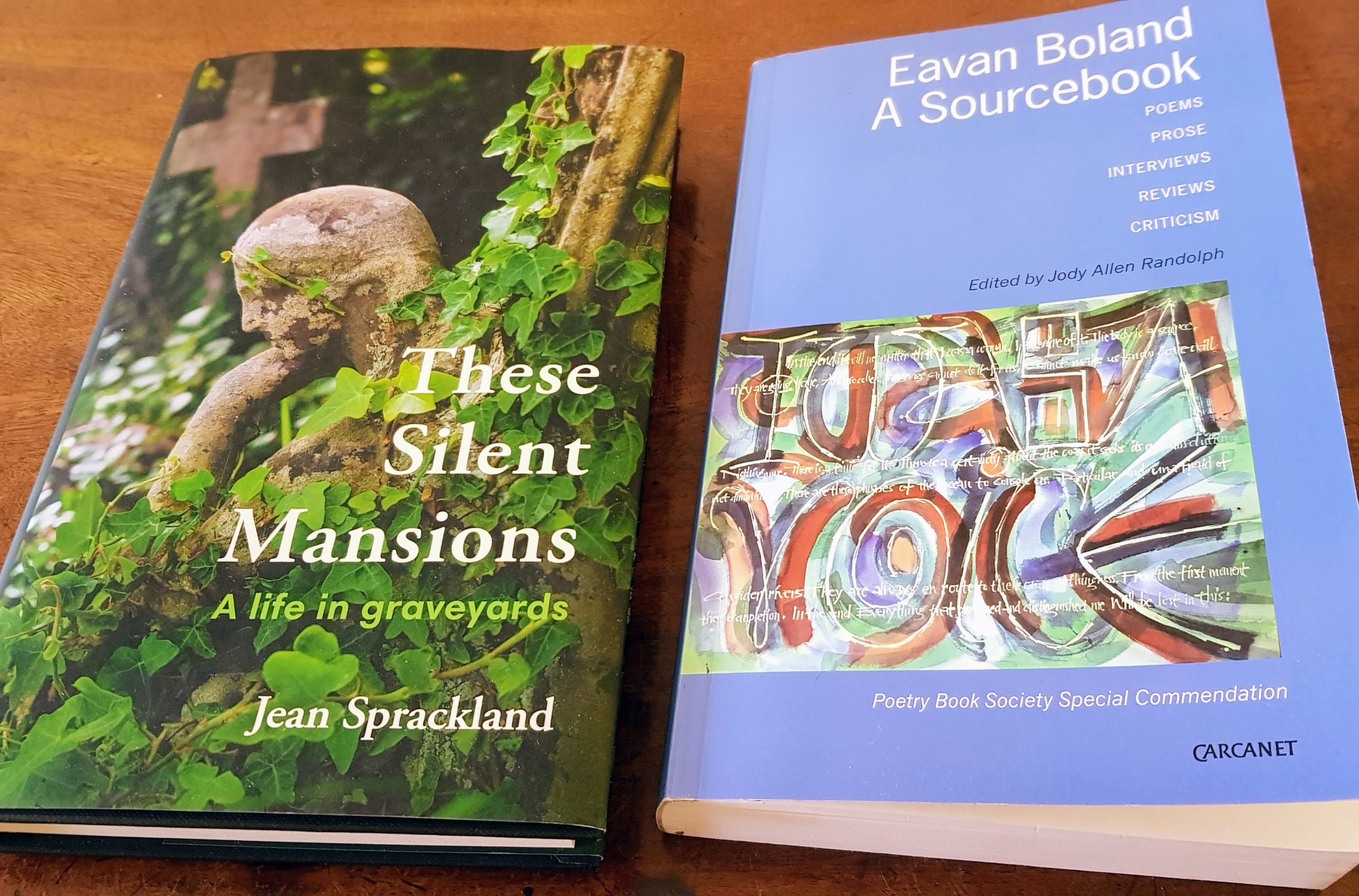 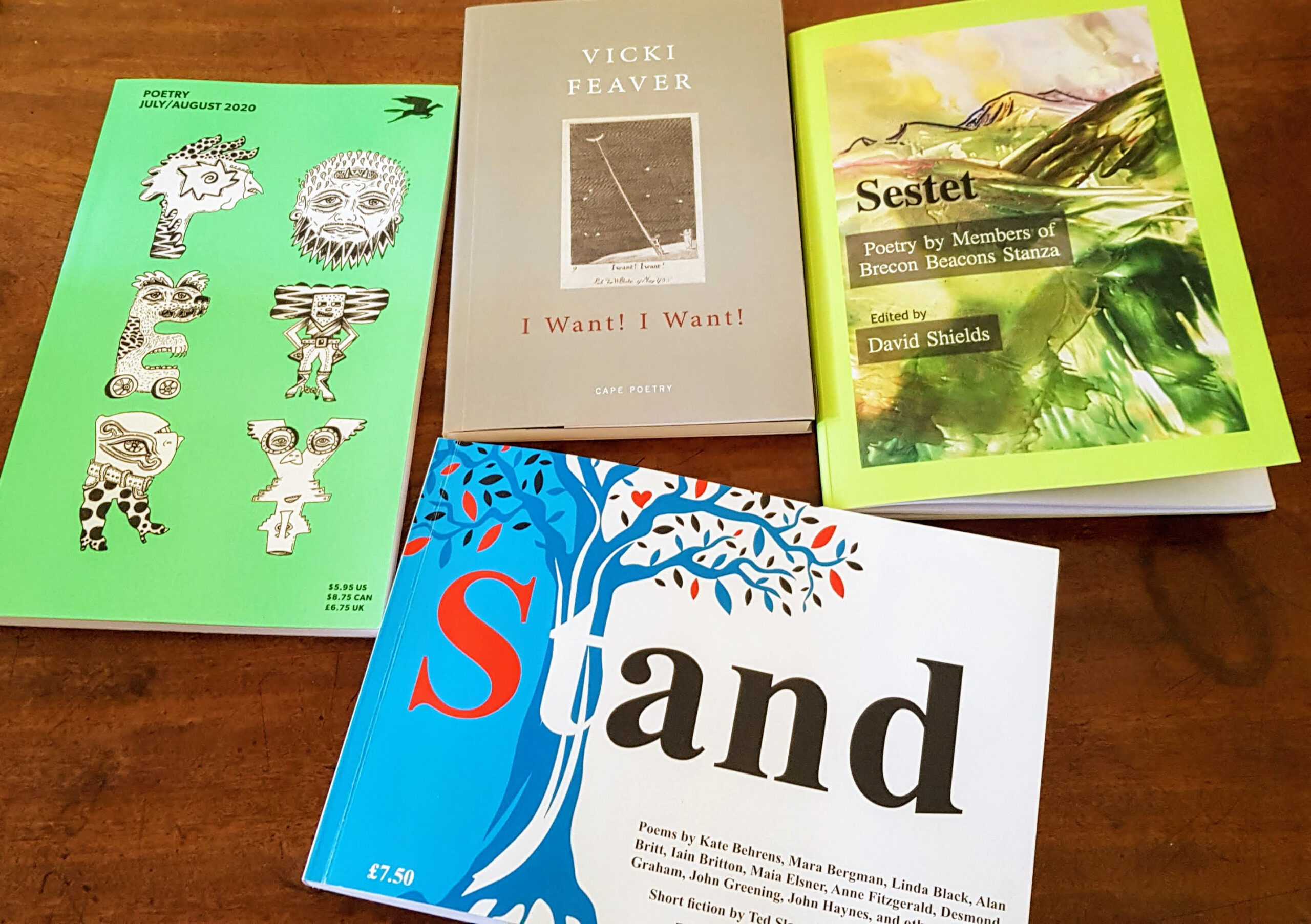 Vicki Feaver‘s I want I want (Cape) is one of the Forward Prize shortlisted books that I ordered, and Sestet is an anthology that I’ll be reviewing for The Frogmore Papers. I must say I’m looking forward to reading Rachel Long‘s My Darling from the Lions, which is up for Best First Collection in the Forwards. I really liked her recent work in The Poetry Review.

Also waiting in the wings to be read is Little Kings by Peter Kahn (Nine Arches), kindly given to me by Peter Raynard. Peter Kahn is a new poet to me, and the book jacket blurbs make it sound very promising.

My contributor copy of Stand arrived recently. I’m delighted to have a poem in Stand; I’ve subscribed this last year and have enjoyed much of its content. Particularly interesting are the editorials. I think it’s a shame that not all mags have them.

I’ve resubscribed to Poetry just at a turbulent time it seems. A poem in the July/August issue by Michael Dickman has caused a massive furore, and editor Don Share resigned. Here’s his extraordinary final editorial.

Feature on the Frogmore blog

And speaking of The Frogmore Papers, here’s a lovely post on their blog about the sad demise of listings mag Viva Lewes. The April issue was due to feature four of the members of the Needlewriters Collective (Jeremy Page, Charlotte Gann, Janet Sutherland and myself) but it never went to print. But the feature is reproduced here, like a sort of echo of what almost happened.

Another lovely thing: fine poet and Brighton Reverb Radio presenter Jackie Wills featured one of my poems on the Reverb Literature Hour the other week. It was such a treat to hear her read the poem; I don’t think I’ve heard anyone read a poem of mine before. And her analysis of it was wonderful. I was very touched. With Jackie’s permission I’m posting it here: