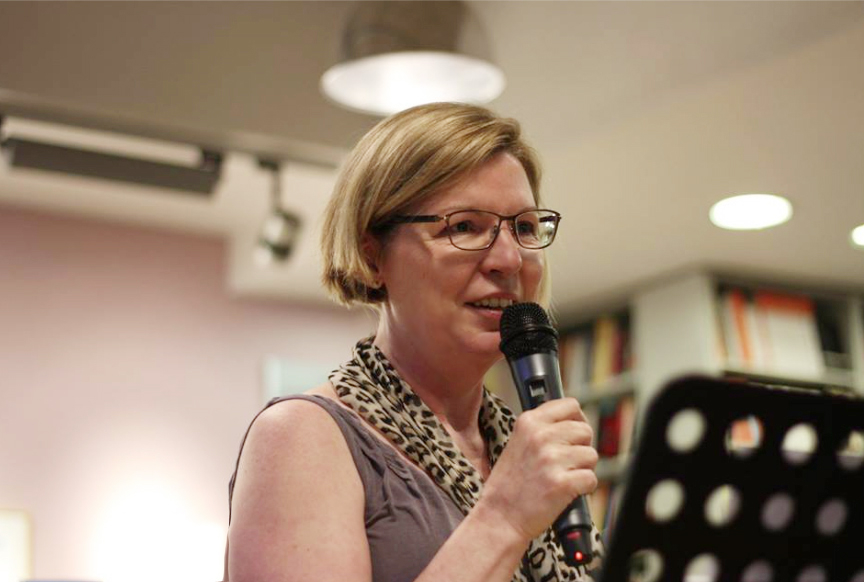 Robin Houghton’s work appears in many magazines including Agenda, Bare Fiction, Envoi, Magma, Poetry News and The Rialto, and in numerous anthologies. Also in The Best New British and Irish Poets 2017 (Eyewear). She won the Hamish Canham Prize in 2013, the Stanza Poetry Competition in 2014 (and was runner-up in the same competition in 2016) and the New Writer Competition in 2012. Other competition placings include second in the Plough Prize, shortlisted for the Bridport Prize (2019) and longlisted in the National Poetry Competition (2019). Her pamphlet The Great Vowel Shift was published by Telltale Press, the poets’ collective she co-founded in 2014. In 2017 she self-published a handmade limited edition mini-pamphlet Foot Wear. All the Relevant Gods, Robin’s third pamphlet, won the Cinnamon Press Poetry Pamphlet competition in 2017 and was published in February 2018. Her fourth pamphlet Why? And other questions (2019) was a joint winner of the 2019 Live Canon Poetry Pamphlet Competition. Robin also writes reviews and features and her  A Guide to Getting Published in UK Poetry Magazines was published by Telltale Press in 2018. She blogs at robinhoughtonpoetry.co.uk

The (even longer) chatty version

After 30+ years of trying to write poetry, I decided to stop mucking about and to set myself the goal of getting a poem published in a reputable magazine. I needed a sign, if you like, that I had some modicum of talent worth working on. The Gods of Poetry (in the shape of Michael Mackmin at The Rialto) gave me that sign in 2010, and it made me serious about writing and reading poetry. Since then I’ve had over a hundred poems published in print and online. My third pamphlet (short collection) All the Relevant Gods was published by Cinnamon Press in February 2018 and a fourth Why? And other questions by Live Canon in November 2019.

In 2014 I got together with Peter Kenny to form Telltale Press, a poets’ publishing collective. We subsequently recruited three more members, published five debut pamphlets and ran regular readings and events. We also persuaded Carol Ann Duffy to be our Patron, and in fact it was her who originally gave me the idea for Telltale. Our final reading was the launch of our farewell Anthology, TRUTHS, in the Spring of 2018. All the poets who had read alongside us over the years were invited to contribute and the result was a fantastic collection. It was fun and inspirational to work alongside other poets, encouraging and promoting each other and the Telltale ethos. I learnt a lot from the experience, and Telltale Press is dormant but not dead!

My background is in marketing, but these days I’m (pretty much) purely a writer, which is what I love most. Since 2000 I’ve worked in online marketing communications, spanning email marketing, marketing copywriting, features writing and, from its inception around 2006, social media. I was what was called an ‘early adopter’ in all things internet – learning to code in the late 1990s, leaving a traditional marketing career to take an MA in Digital Media in 2000, joining all the social networks when they began, running a business helping other businesses with their online marketing. I have written three commissioned books about blogging and trained probably thousands of people over the years in email & online marketing and social media. I’ve also written a couple of ebooks on how to use Twitter. More about these on my Publications page. I blogged about social media, small business marketing, communication and technology on my main website at robinhoughton.com, spanning the years 2002 – 2012. If you’d like to know more about my background & experience best take a look at my LinkedIn profile, it’s all there.