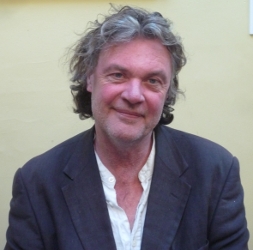 Published by Robin Houghton on December 9, 2012

Yesterday I was in Brighton at the Pub with No Name (which is incidentally in an area with a pub on each street corner as well as halfway down each street, so not having a name is pretty cocky) for an all-day workshop with legendary Irish poet Brendan Cleary. (Brendan is editor of the recently relaunched magazine The Echo Room by the way – worth checking out.)

We were in the upstairs room with the bay window in the photo, with sun streaming through and views almost to the sea. It was an enjoyable, intense, not to mention beer-fuelled, day which ended in me falling asleep in my dinner, but more of that later perhaps!

The day’s focus was on the process of drafting poems. We all shared how we went about bringing a poem into being, how we beat it into shape, what triggered a new poem, that kind of thing. We each workshopped a poem before lunch, and (very briefly, although we ran out of time) another at the end of the day. In between we started a new poem and Brendan guided us through a couple of drafts of it. With just five of us in the group it was pretty full on.

In time-honoured tradition (I love being able to use all kinds of terrible cliches on this blog – sorry!) here are a few of the tips, ideas and other gems given to us by Brendan during the day.

After a few more drinks in the pub after the workshop ended, I made my way home to find my husband had cooked a sausage casserole, and he and stepson regaled me with everything they’d been up to. But I confess I was completely burned out and halfway through dinner suddenly I couldn’t listen to (or utter) another word. Call myself a poet? I have no stamina!