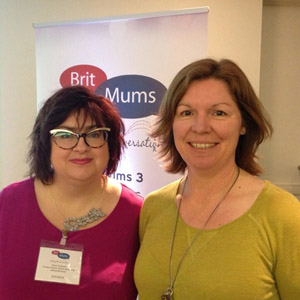 Unaccustomed as I am

(So sorry about the weird asterisks etc in the following – just that last time I mentioned the B word I got immediately spam-commented and spam-followed by some decidedly un-poetic peeps.)

It’s been quite a busy week, easier to do it in reverse order – yesterday and Friday I was in London at the BritMums conference, speaking about b* logging (actually about b* log design, which really got my  imposter syndrome alarm bells ringing. Bad enough presenting at a conference where I felt like an alien already – being about  25 years older than the average attendee and 100% less maternal.) That doesn’t mean I wasn’t delighted to speak there of course, and all the people I met were lovely. The event certainly had a friendly, supportive vibe. But nonetheless I was a teensy bit out of my comfort zone.  Plus, the Waterstones stand at the show didn’t even have my book for sale – claiming they couldn’t get hold of it, even though the publisher pointed them to reserve stock for them to access. Even though I’m not on a royalties deal, it didn’t look good that my book wasn’t there. GRRRRR. ( I really liked the venue by the way – The Brewery, in the city – a great change from the terrible Hilton-type identikit conferences.)

Staying overnight in London did mean having the chance to see one of my good friends from schooldays and stay in her lovely big quiet house just a stone’s throw from where we went to school. It’s an area of south east London which as a teenager I never had much time for, but funny how going back there all I see are wide roads, leafy parks, a greengrocer on every corner and PLENTIFUL public transport links. *Sigh*

Last Monday I was in Tonbridge giving a talk on .. yes … the B word .. to a group of writers. The group is a newly formed ‘hub’, or outpost of New Writing South. The group included quite a few poets, including the lovely Abegail Morley – always nice to see a friendly face or two at these things! I was ready to feature Abe’s fab blog The Poetry Shed  plus a whole host of others in my talk, but was thwarted by the Great Firewall of Kent County Council. Oh yes. Internet access? No problem – you just can’t bring up any actual websites, especially anything to do with poetry. There might be some LANGUAGE I suppose. So the talk about b* logging took place without visual reference to any actual b* logs. It kind of reminded me of the time I had to take an exercise-to-music class and my tape machine broke down. (In case you’re wondering, I just counted out loud. A lot.)

On the submissions front I’ve been sending off quite a few bits and bobs – some more hopeful/speculative than anything, but I seem to have written a good amount of stuff the last couple of months and although I’ve not had the chance to workshop any of it I’m just going with my gut instinct about what is and isn’t good enough to send out. So either way, the second half of the year should be eventful. I sent some poems to Under the Radar back in March, so I’m hoping to hear from them soon (?) – I’ll let you know, whether yay or nay. And then there’s that bit of good news I had about a month ago and it STILL hasn’t been made public and I’m getting REALLY itchy about it (or maybe that’s that the humungous mosquito bites I sustained the other day.)

That’s all for now – thanks for reading and I hope you have a super week.