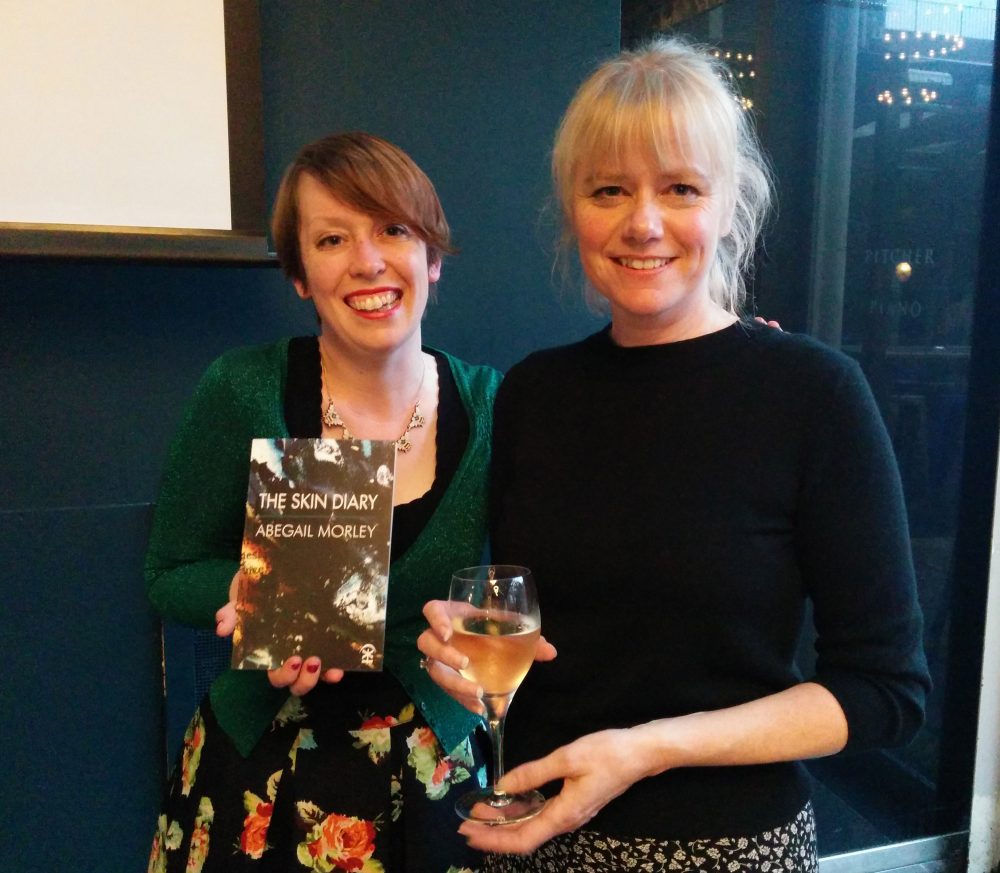 Launch of ‘The Skin Diary’ by Abegail Morley

What a privilege it is to be asked to read at a friend’s book launch. Abegail Morley has been something of a mentor to me, always generous in her support. She is a genuinely unselfish in her helping of other poets, and always interested in collaborations or new ideas. She’s also a prolific writer – in the time I’ve known her (only about three years I think) she’s had two collections and a pamphlet published, all with different presses. It makes me seriously question my work ethic and output. But in a positive way!

In Tunbridge Wells on Wednesday evening a packed audience turned out in the pouring rain for the launch of The Skin Diary, Abegail’s new collection with Nine Arches Press, and her fourth overall. I’ve barely had a chance to start reading it but I’ve a strong suspicion it’s going to be powerful stuff, not just because that’s the kind of poetry she writes, but also evidenced by her reading. (I’d also had a sneak preview already at our Telltale Press & Friends readings in April.)

My fellow readers in the first half were Mara Bergman (who struck two nerves with me – one for the marvellous Tenement Museum in New York and the other for a riveting account of an MRI scan), and Jeremy Page, who I’ve had the pleasure of reading alongside many times, and I enjoyed hearing his wrestling poem again (from his Pindrop collection Closing Time). For my own part I read a couple of recently published poems and one that’s still quite new and a bit of a ‘funny’.

Lots of familiar faces including our newest Telltale recruit Jess Mookherjee, and lovely to meet the warm and enthusiastic Jane Commane of Nine Arches (pictured above), who was clearly delighted to have worked with Abegail on The Skin Diary. Great to see a publisher being so supportive and also actively engaging with audience members.

Then there was a first for me – I was asked afterwards if I would read my 3 poems again, by a lady whose two friends had missed the first half – a private at-table reading! Is this something poets should be offering at gala events – personal poetry readings at table? I actually enjoyed it as much as the official reading, because although it’s less of a performance there’s an intimacy and informality which allows the ‘audience’ to ask questions and tell me what rang a bell with them and how the poems made them feel. Fantastic.