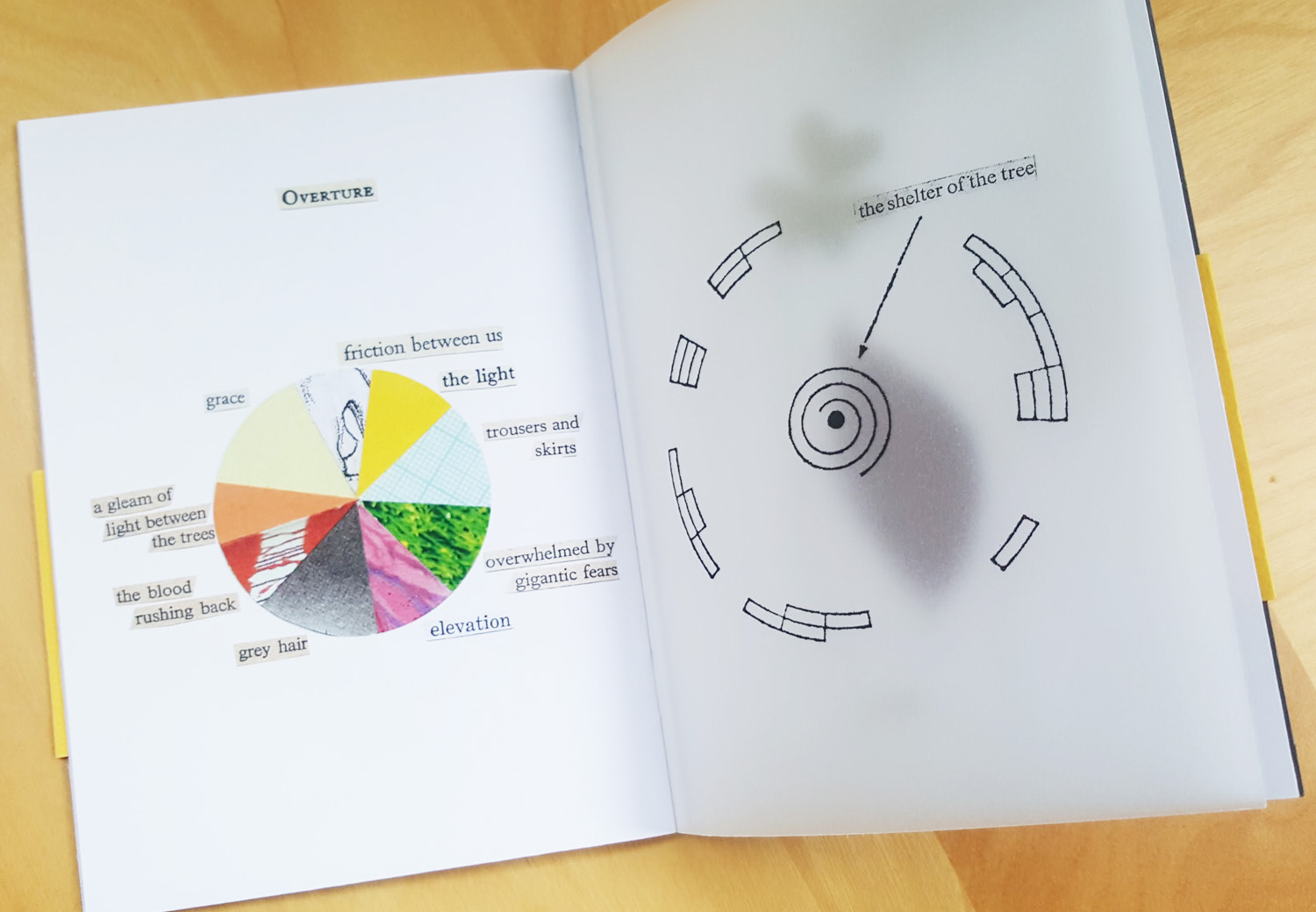 Readings, diagram poems and towards a new handmade pamphlet…

Published by Robin Houghton on November 11, 2017

Oh dear, looks like it’s been a while since my last post – there’s been a lot going on, including a birthday (and all the stock-taking and reassessing that brings),a reading at the swish new Poetry Cafe in London, and the making of a new pamphlet. Plus the clocks have gone back, we’ve put the garden to bed and I’ve even bought my tickets for the T S Eliot prize readings in January. The year must be nearly over!

With Telltale at the new-look Poetry Cafe

The Telltale Press & Friends night at the Poetry Cafe was a real highlight of the last few weeks. I travelled up with Catherine Smith, who has been such a fantastic support both to Telltale and to me personally in my writing. Hearing her read is always a pleasure, and alongside Peter Kenny too – Peter is a creative powerhouse, and I couldn’t have done the whole Telltale thing without him. (He recently won the HappenStance Dream Poem competition – and just look at the marvellous feedback here from judge J O Morgan.) Compering the night with great élan was Sarah Barnsley, another inspirational Telltaler, and our special guest was Abigail Parry – a hugely talented poet whose first collection is coming out with Bloodaxe in the New Year – and long-awaited I think – Abby has won some very impressive prizes. She’s also one of the most modest and humble poets I’ve ever met. All this, plus a full & appreciative audience (the Poetry Cafe always seems to deliver!) made for a fantastic night.

I’ve got some lovely poetry readings to look forward to now – this Monday I’m at Winchester Loose Muse reading alongside the mighty Sasha Dugdale. I’m grateful to organiser Sue Wrinch for inviting me – and in such great company. I’ll be practising my set this weekend!

Then next month a trip to the Open Eye Gallery in Liverpool for the Coast to Coast to Coast vol 2 magazine launch, at the invitation of editor Maria Isakova Bennett. I’m not sure who else is reading at the launch but the list of contributors is a pretty exciting. And a night away in Liverpool at Christmas is going to be great fun!

Coast to Coast to Coast is a hand-stitched thing of beauty. I’ve always loved handmade journals. They feel so personal, as if there’s a tactile connection with the person who made it, and I love the thought of having number 14 (or whatever) of only 50 produced.

I was at the Towner Gallery recently for the Ink, Paper & Print Fair, and came away totally enthused. I picked up two limited edition pamphlets which caught my eye – Bangheads by illustrator Ceri Amphlett and To Eden, Diagram Poems by Matthew Kay. The concept of diagram poems was new to me, and I love it – where each single word really does come loaded, the collages of old-school diagrams with unexpected labels that you feel compelled to examine. The idea of diagrams – traditionally used to express complexities in ways that are supposed to enlighten, to reveal the wisdom behind the facts – as poems, makes sense, and appropriating the diagrams as a means of exploring a relationship feels both humorous and deadly serious. 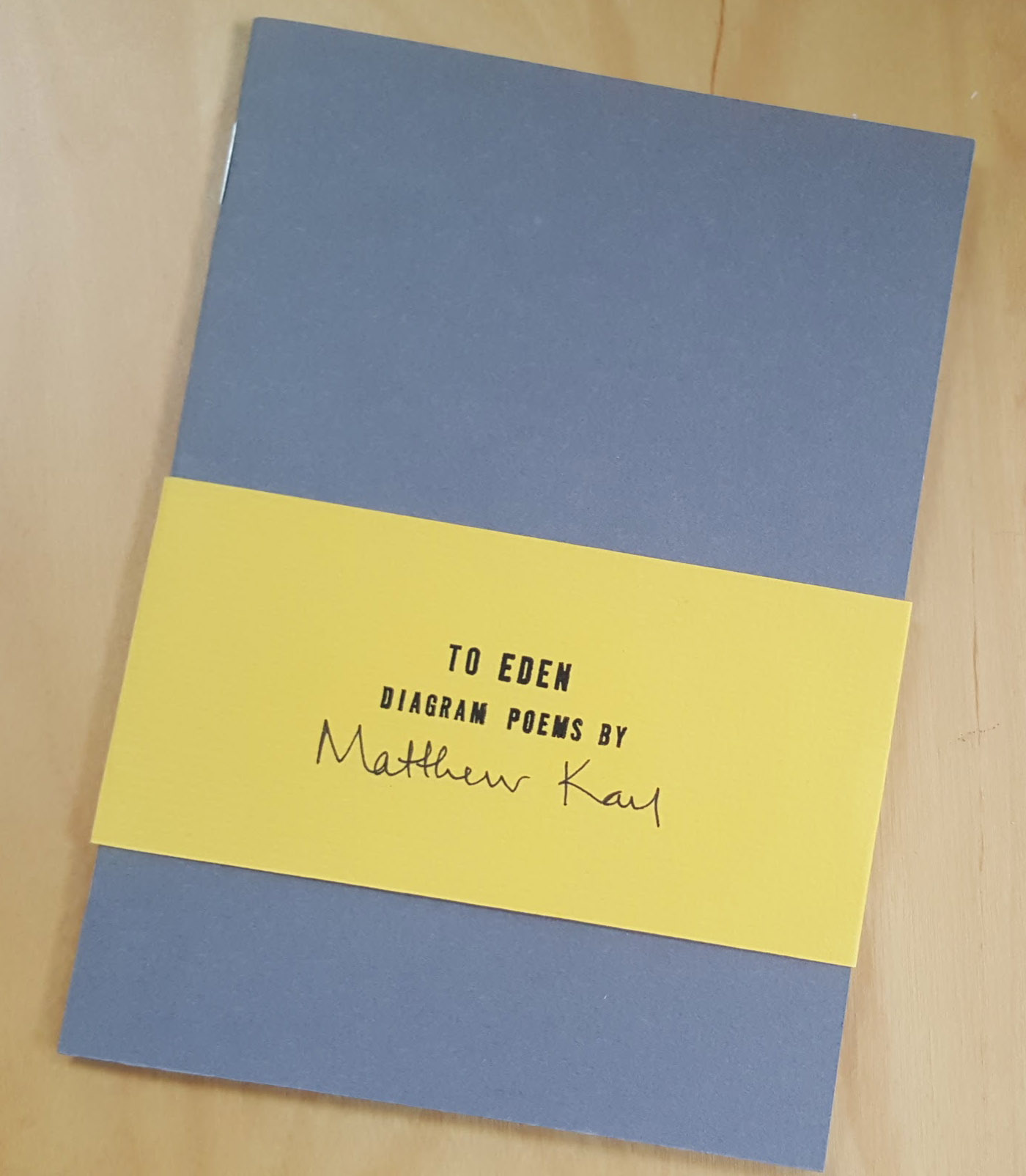 Ceri’s pamphlet is, she admitted, illustration-driven, and she doesn’t claim to be a poet, nevertheless I liked the accompanying short poems a lot. 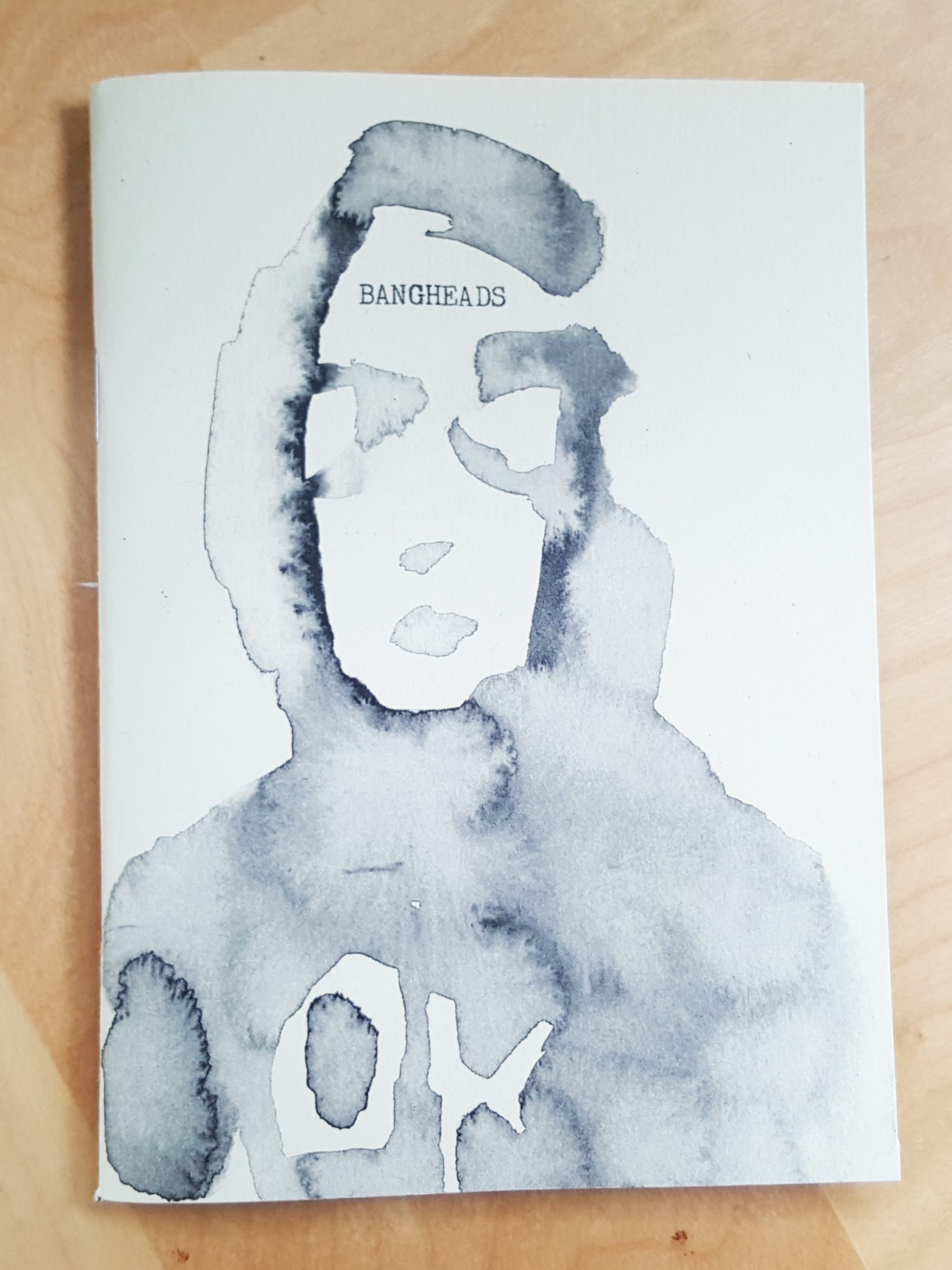 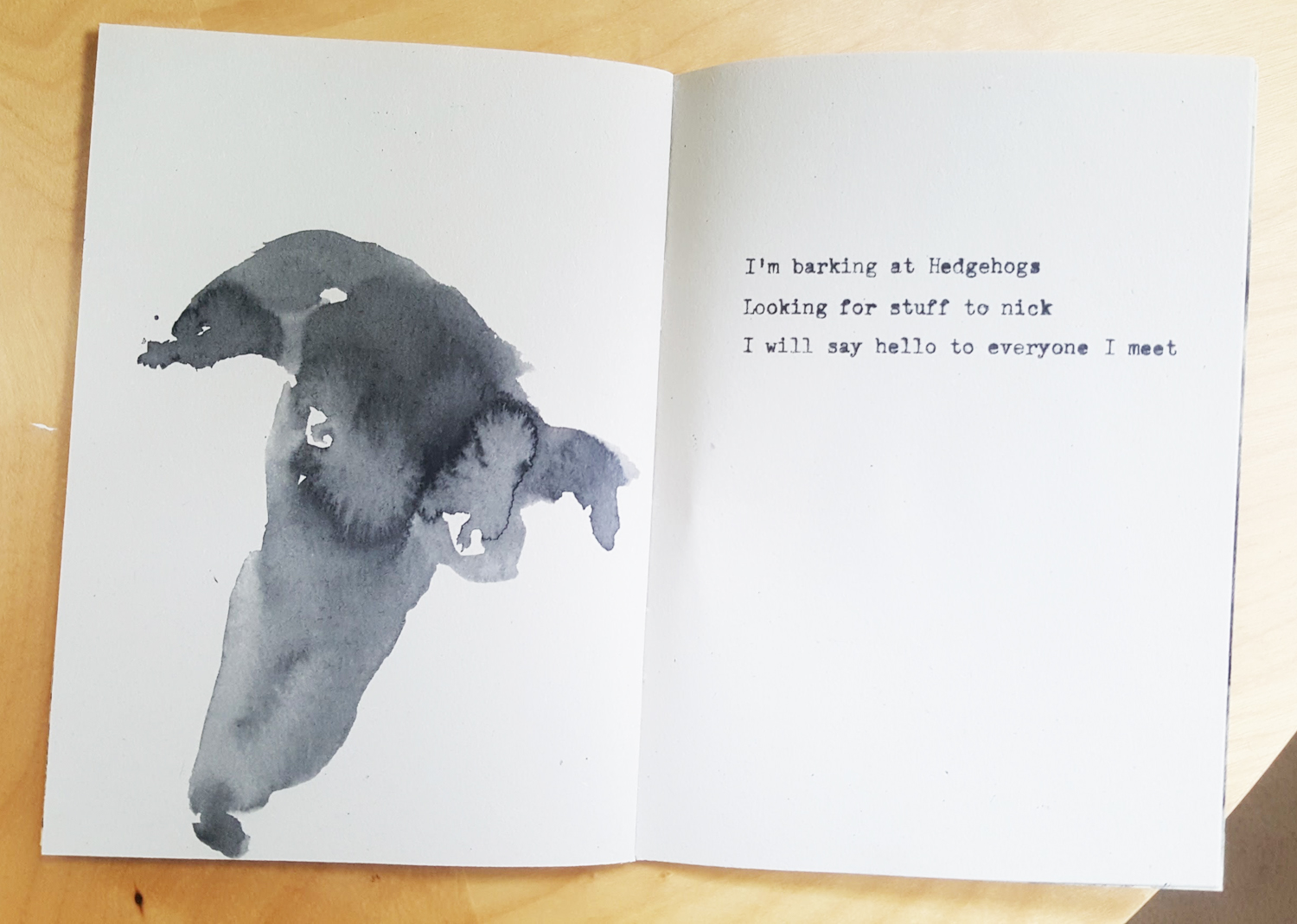 All this got me thinking again about hand-making a pamphlet, just in limited numbers, using some of the poems I’ve had no luck in getting published, or versions of them. I love the design aspect of pamphlets and being involved in every aspect of the visual presentation.

The themed sequence I’ve had knocking around for a few years now is the ‘Business Class’ series of poems based on the years I spent in the sport shoe industry. I always bring a couple of them out at readings, and they’re often the ones people comment on, or seem to remember. Most of the poems have been published individually in various journals, but I’ve given up on finding a publisher for them as a pamphlet. The idea once felt original and unusual but maybe no longer – I recently heard of another poet bringing out a pamphlet based on his workplace experiences called – you guessed it – ‘Business Class’.

But I still think the sequence has legs, so I changed the emphasis slightly and decided to focus on the shoe theme. I then realised I’ve actually had a bit of a life in shoes! In this way a short collection started to take shape. I’ve combined the poems together with some relevant grainy photos, and produced a semi-autobiographical sequence called Foot Wear.

This post is already quite long so I’ll talk more about Foot Wear, and my adventures in book-binding, in another post…