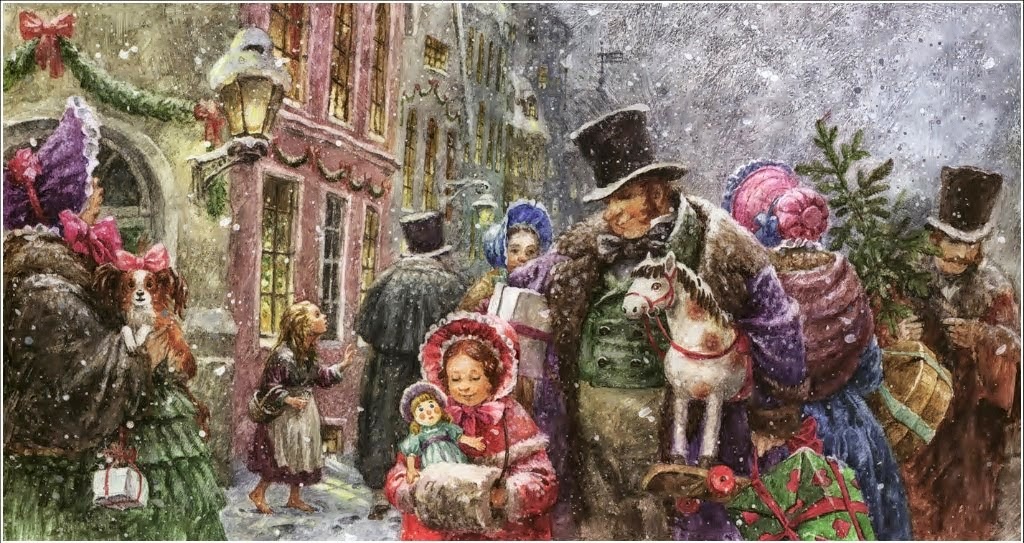 Poems for a Christmas concert

Published by Robin Houghton on December 16, 2017

I was recently asked to select some readings to go in between the movements of a choral piece. The piece is Bob Chilcott’s On Christmas Night. In it, Chilcott sets a number of carols in a sequence, telling the Christmas story from the fall of Adam and Eve (yes, it hadn’t occurred to me that it starts there – Nativity Plays usually skip straight to the shepherds in the fields) – to the birth of Jesus.

I’ll come clean now – it was my husband who asked me, on behalf of the East Sussex Community Choir which he conducts. The project interested me, so even though I knew there wouldn’t be any payment on this occasion (!) I was happy to take it on.

The score suggests which readings would be suitable, but that others may be substituted. Now, I’ve been to plenty of concerts (especially at Christmas) where there are readings in between the music. Almost without exception they are either the standard Bible readings of ‘lessons and carols’ (such as the one that’s broadcast each year from King’s College Cambridge), or they are ‘light’ – passages from Dickens or ‘The night before Christmas’ by Clement Clark Moore, amusing Christmas-themed stories or anecdotes. Or else it’s Eliot’s Journey of the Magi.

I wasn’t interested in doing the ‘same old’, so I set out to find poems or texts that were by living/contemporary writers. I wanted secular, not sacred – words that would complement the religious story being told by the choir, and invite contemplation of the wider spiritual context – themes of wonder, joy, love, birth, death and the cycle of nature.

I topped and tailed with two extracts from A C Grayling‘s extraordinary The Good Book, a kind of secular Bible and a fascinating compilation of thousands of texts by philosophers, teachers, prophets, leaders, literary figures and writers. So, alongside the carol about Adam eating the apple and falling from grace, we are reminded how a tree bears both flowers and fruit, and its fruit is knowledge, which teaches the good gardener how to understand the world.  The closing extract is a short passage about the nature of wisdom, which parallels the Biblical story of the ‘wise men’.

For the rest of the readings I chose poems:

Janet Sutherland‘s ‘line’ from her collection Hangman’s Acre takes us into a wintry but beautiful landscape where geese ‘carve a soundless line’, where ‘simple shapes’ and ‘muffled earth’ set a scene of waiting and anticipation, before ‘the line sets out alone’. There is both apprehension and wonder in this – to navigate a path (through life?) with ‘no compass   no margin’ and yet not to hesitate, but to simply wait for the moment. For me, this approximates to the journey facing Mary, and indeed Christ after her – they face up to the unknown because they have no choice – they have faith and they accept.

‘Prayer’ by Carol Ann Duffy is a favourite of mine, and I knew that it would be familiar to at least some of the audience. For me it examines self-doubt, sadness, possibly even grief, in a way that uplifts by showing us the hope and love present when we open our ears to the quotidian sounds around us. Life goes on, children practise their piano scales, we cope with bad days – all this and more expressed in a sonnet which concludes with an extract from the Shipping Forecast, an enduring and recognisable ritual not unlike daily prayers and ‘Latin chants’. And as with ‘line’, there are musical references in ‘Prayer’ which felt appropriate for this context.

When it came to the nativity, I wanted a poem to express all the wonder, hope, and love felt by a parent at the birth of a child. ‘William’ by Jack Underwood (from his collection Happiness) is a creative, exuberant and highly original love poem to a new baby, from his father. Starting from the point of what he is familiar with, the speaker then finds himself at a loss when faced with ‘your fine melon head, your innocent daring-to-be’ – completely ‘uncooked’ at the newness and intensity of his feelings – ‘I can feel my socks being on’ – pure joy and a lot of fun.

The final poem I chose was the wonderful song-like ‘A short story of falling’ by Alice Oswald from her collection Falling Awake. It takes the audience back to the theme of birth, lifecycles, regeneration and the wonder of nature. The title also plays on the idea of the Biblical ‘fall’ with which we began. There is so much beauty in this poem – the summer shower that ‘steals the light and hides it in a flower’ and the narrator wanting to know how to ‘balance/ the weight of hope against the light of patience’. Like a song, we reach the end and feel we are ready to being again – ‘the story of the falling rain / that rises to the light and falls again’.

I can’t say yet whether all this will work or not, as the concert is this evening in Lewes! The reader will be a member of the choir who’s also an actor – in rehearsal he delivered the poems with sensitivity and clarity. I haven’t asked for the poems to be printed in the programme as I didn’t want to risk breaching any copyright, so it’s all in the reading. All the poems are credited though, and I hope it may encourage some people to seek out the books in which they appear. Not everyone will be that interested, but at least it gets contemporary writing in front of a general audience.

So no ‘jolly old Saint Nick’ or Tiny Tim or the ghost of Christmas past for the audience tonight, but more challenging fare! Let’s do it!