The new ‘How to’ guide is finally done…

Published by Robin Houghton on November 5, 2018 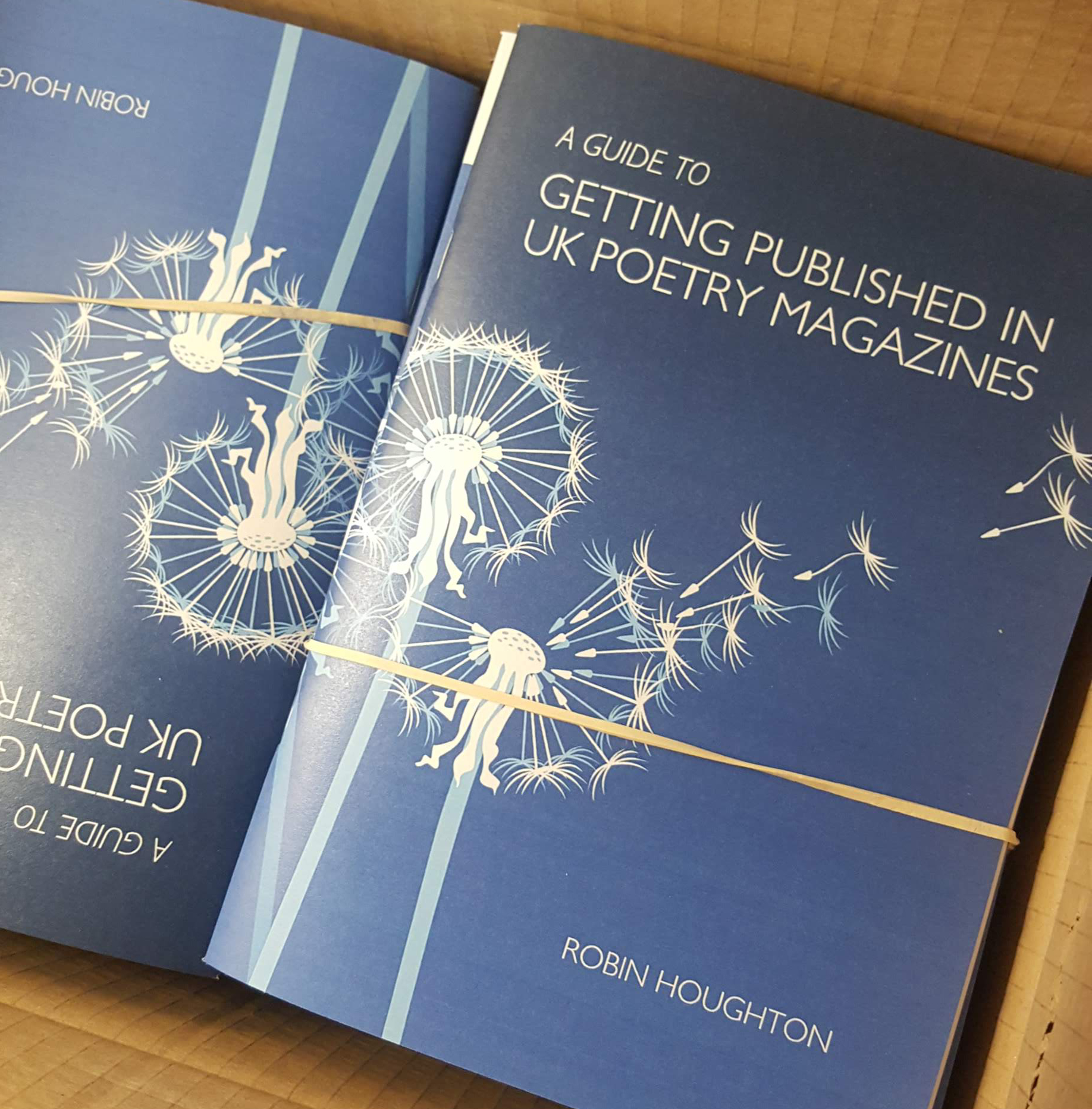 Things have been a bit quiet on this blog for the last month, mainly because I’ve been full-on with the new booklet which arrived from the printers today – hurrah! More about that below… a quick zip through other news:

Last month I went up to London for a Coffee-House Poetry workshop with Anne-Marie Fyfe over two Sunday afternoons. The subject was ‘snow’ and all its freezing friends. We were asked to write a ‘lyric essay’ as homework, which resulted in my researching the myriad words for snow according to (no, not Inuit – that’s a myth) SKIERS. It took me back to my snowboarding days (sigh) and phrases like ‘crud’, ‘corduroy’ and ‘mash potato’. There were a number of new ones on me too. ‘Sierra Cement’ for starters. Great fun. Did I write anything that could be worked up into anything? Not sure really but at least it got me writing.

I’ve been to some lovely readings this month: at Needlewriters the very talented Liz Bahs read from her pamphlet Greyhound Night Service (Maquette) (which is on my pile to read, together with about ten other books) and announced that very day she’d just heard that Pindrop Press are to publish her first full collection next year. Great news and long-deserved. Then a triple launch for Lewes writers Jeremy Page (London Calling published by Cultured Llama is a book of short and flash fiction and what I’ve read so far has been very funny), Kay Syrad (Inland – Cinnamon Press – and another on my to read list!) and Clare Best. Clare’s memoir, The Missing List (Linen Press), has been many years in the writing. Clare’s beautiful prose, her presentation of the narrative through fragments, lists, descriptions of cine films and the melding of the distant and near-pasts is mesmeric. The slow revealing of the truth painfully mirrors the process of the author as she tries to recall conversations and make sense of what happened. Extraordinary.

On 29th October I read a poem at the Troubadour in London –  we’d been asked to write something especially for the evening so since it was my birthday I went with a little ‘found’ poem gleaned from the Hallmark.com website. I was inspired by knowing that Zaffar Kunial used to work as a copywriter for Hallmark. Anyway, DESPITE my having stumbled on the last line (I believe it was the poetry reading equivalent of ‘stacking it’) I had at least half a dozen people come up to me during the evening to say they enjoyed it. Unprecedented!  Maybe my stumble was still on my mind last Friday when I read alongside Jeremy Page and Peter Philips at Camden Poetry, a regular poetry event to raise money for the London homeless. It was a small audience, and rather quiet – I felt my confidence wavering somewhat, and didn’t sell any books. Perhaps I chose the wrong poems to read.  Later this month I’m off to Chichester Open Mic hosted by Barry Smith, which I’ve been told attracts a warm and full crowd, so I shall look forward to it.

So my carefully (I thought) composed ‘Develop your creative practice’ application to the Arts Council was rejected. I was asking for a modest contribution towards the costs of mentoring, to help me put together a first collection. The judgement was that they ‘preferred other projects’. Poor old page poetry just isn’t exciting enough I guess. It’s a minor setback but of course a bit annoying. Meanwhile I’ve had work rejected from The Poetry Review (am still trying!) and there are poems still on the slush pile at three other journals – one since February. Ho hum!

Yes I’m calling it that, rather than ‘book’, so as not to raise expectations unreasonably. Although I’m rather proud of its 32 pages. A Guide to Getting Published in UK Poetry Magazines is now published on the Telltale Press imprint and orders are being taken as I type, thanks to some lovely people retweeting it (thanks chaps!). I had a lot of fun compiling it. Asking magazine editors for their thoughts on various things and reading the replies was one of the funnest things. Wrestling with the layout, edits and other tech issues was less fun, BUT I had the eagle-eyed and massively supportive Sarah Barnsley on my side, finding stray spaces and querying dodgy grammar in her thorough but very polite fashion. I hope you like the result!! I’ve got a landing page up here where you can buy it. Please forgive all the ‘about the author’ puffery, but I felt the need to parade my creds, as it were, in order to sell the darn book.

If you’re on my list for the quarterly submissions windows updates, you’ll get an email about it this week. Now for the really tricky bit: selling the bejesus out of it. It’s a groovy stocking filler! Tell your poetry writing friends!