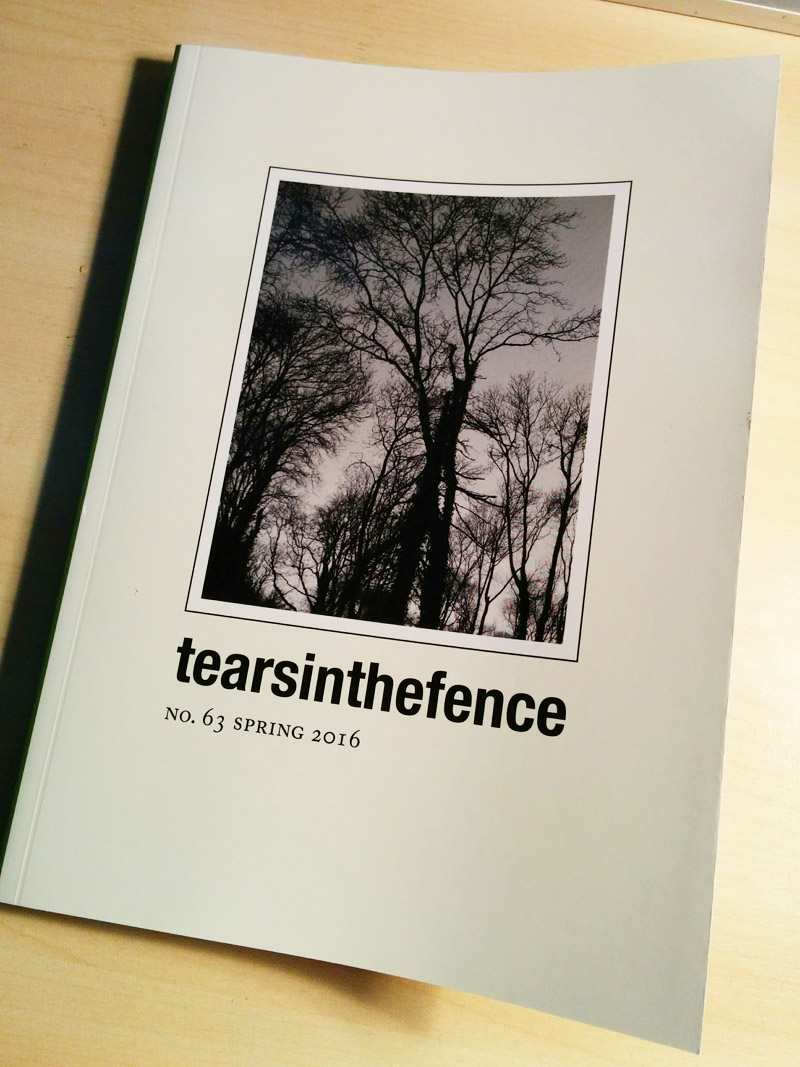 Tears in the Fence: a no-tears rejection

A few months ago I sent some poems to David Caddy at Tears in the Fence. Although he didn’t take any of them for the magazine, his reply was prompt and very civilised, so much so that it didn’t feel like a standard rejection. Polite, interested, business-like, a suggestion that I send again, not a hint of condescension.

Yes, he invited me to buy a copy of the magazine (or subscribe), but not in such a way that I was felt under pressure, or even scolded in some way. I had read a copy of the magazine, know some people who’ve been published there, and have a reasonable idea of its style. I don’t think my work I was a hundred miles away.

What happened was that I did indeed subscribe, and the Spring issue was soon through my letterbox. It’s small but dense, and one of those mags that pulls you in for a big read rather than inviting a flick-through. Perhaps one of the nicest surprises is that there are many names I’m not familiar with. One that stood out for me was Cherry Smyth, with her poem ‘Connemara Swim Diary, August 2015’. The biog in the back of the mag, and a subsequent dig, tells me that Cherry has published three poetry collections and a novel. Great to have her on my radar.