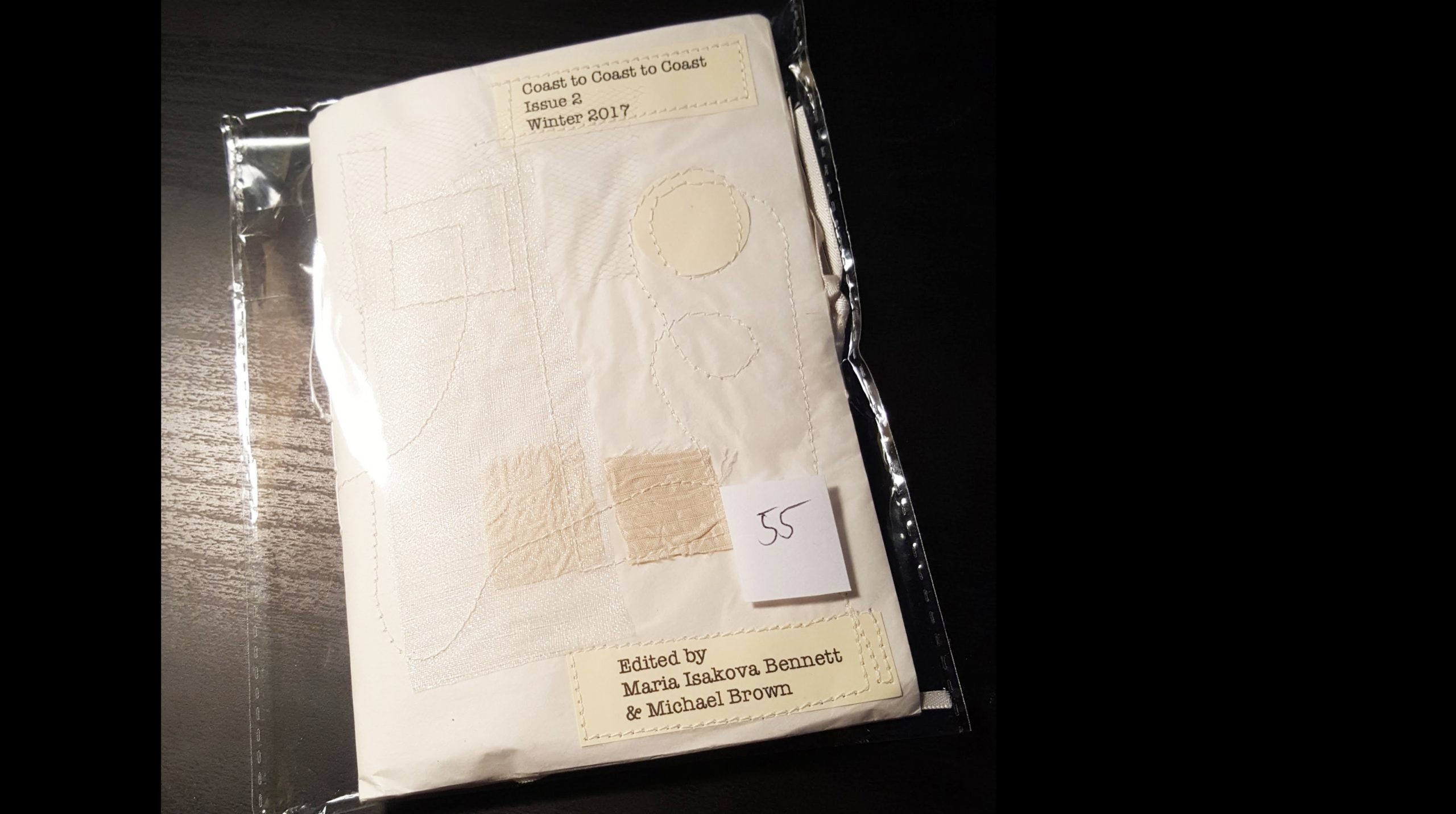 Published by Robin Houghton on January 9, 2018

It seems to be the thing at the moment when it comes to ‘picking a name out of the hat’ to make a wee film of it. I can see this is a nice idea (both to allay any suspicions of fixing, and also to present a friendly face), so I did consider it. But in the end I decided it was a bit over the top in the case of my impromptu prize draw, in which there weren’t many names, and also it’s just a little thing between us, isn’t it?

So without further drum-rolling I’ll just come out with it and say the lucky winner is Hilaire – last in the hat, first out, it seems – so Hilaire, DM me your address and I’ll get Coast to Coast to Coast issue 2, number 55 to you in the post. Thank you to everyone who expressed an interest, and for all your comments & banter here on the blog.

Happy New Year by the way – this January is unusually busy for me, having had a short break last week in Seville (lovely city, and thrilling to experience warmer weather and longer/light evenings, even if only for a few days).

But enough of the ‘poor me’ stuff! I’m currently navigating my way around a new computer which I felt was overdue, the old one being ten years old. A big part of the switchover is re-filing poetry files and folders, amalgamating from both desktop and laptop, which are frankly in disarray. No wonder my sending out is all awry at the moment. I’m also learning how to use the new software I’ve bought to replace the now out-of-my-price-range Adobe Photoshop and Illustrator. Ugh!

Well in the pipeline now is the launch event for my Cinnamon pamphlet All the Relevant Gods on Feb 22nd – very excited about this, so I’ll write a separate post shortly. I’ve started another ‘poem a day’ exercise this month to kick some thought into new writing. And when I’ve got some end-of-year stats about 2017 submissions I’ll give you an update.

On Sunday is the annual T S Eliot Prize readings jamboree, and I’ll be going with Telltale pal and co-conspirator Peter Kenny. I do have two spare tickets if you’re thinking of coming but don’t have a ticket yet – they’re good seats, and only £13.50 as I got the early bird price. If you’re interested, let me know asap as I’ll be trying to flog them on Twitter very soon.