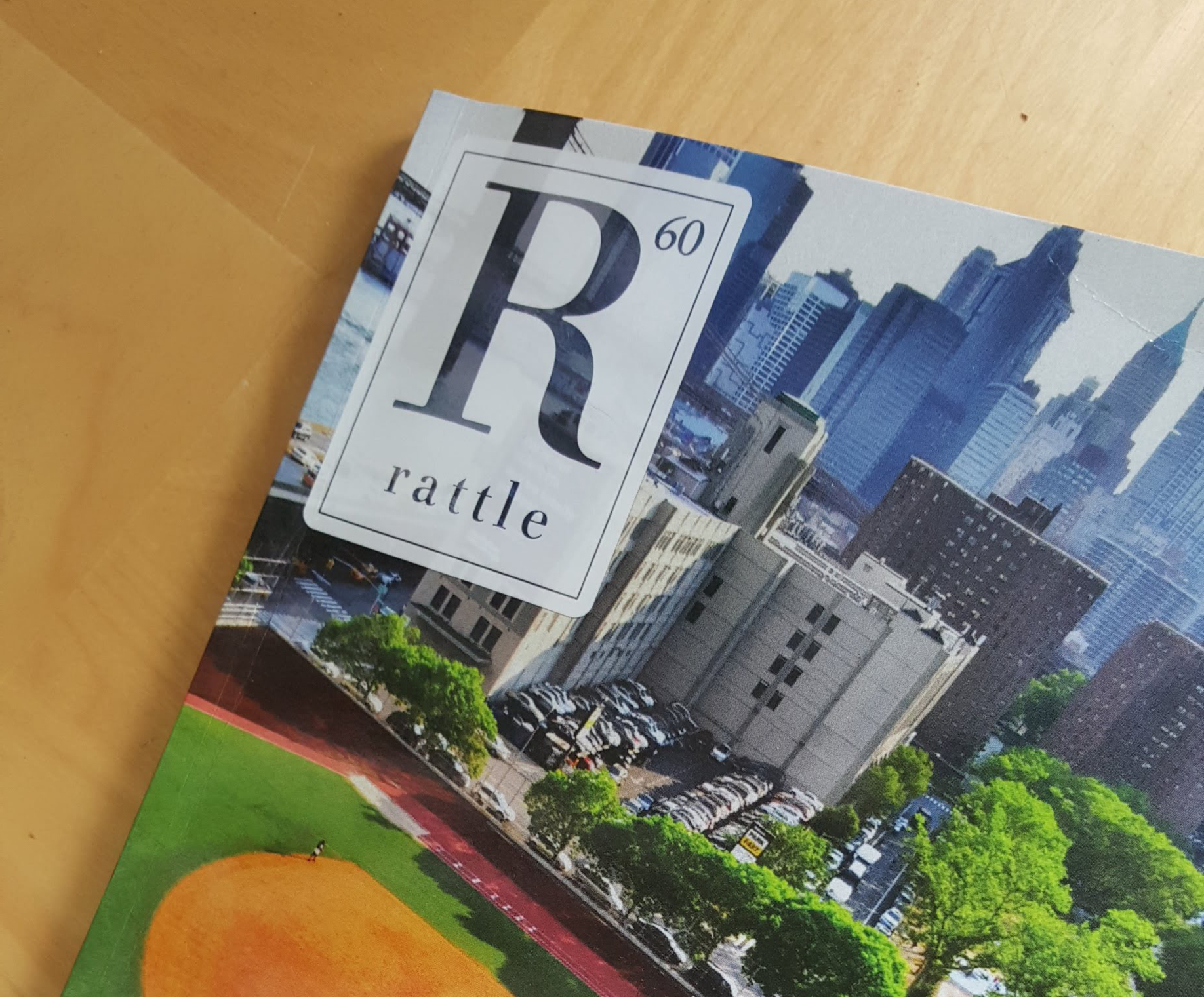 A few thoughts on ‘truth’

One of the things I like very much about the US poetry magazine Rattle is the ‘Conversation’ at the back. It’s basically editor Timothy Green interviewing a poet, presented as a verbatim conversation, and it feels so immediate, like you’re listening in to a phone call or something, or an unedited podcast. The fact that it’s date-stamped, so you know when the chat took place, adds to its appeal. I can read it and think ‘Oh yeah, on February 18th 2018 I was doing XYZ, and these guys were having this conversation…’

I can’t really explain why I like that. It just seems to ground it in the real world. The interviews are never stilted, you can’t ‘hear’ the interviewer shuffling papers or thinking about the next question he’s going to ask. The conversation feels like a free flow. When there’s a lull or a sticky moment you sense that. But it’s never cosy or time-wasting. It’s juicy stuff. And it seems really real. Would it spoil my enjoyment if I found out it was scripted, or edited, or that it’s an amalgam of several conversations, or other interviews? Or if the interview (or even the interviewee) was fictional?

Since working on our Telltale anthology ‘Truths’ I suppose it’s heightened my awareness of what ‘truth’ in poetry means to me personally. And it’s fascinating to eavesdrop on others’ conversations on the topic.  There’s a section in the most recent Rattle Conversation with poet Stephen Dunn, in which the subject of his degenerative illness comes up. Green suggests that Dunn may not be writing about it because it’s perhaps too personal, and because his poems ‘have a genuine, authentic feel, because it’s a fictional you-but-not-you’:

Dunn:  Partly. I don’t think my life is interesting unless I make it interesting. There’s no reason anyone should care about me. the burden is on me entirely to make whatever I’m doing interesting. To me, first of all, and then to others.

Green:  So how much of a poem is you and how much is fiction?

Dunn:  More and more it’s fiction and more and more it’s about me. I think of [Wallace] Stevens again, who rarely used the personal pronoun. […] I’m always known as an honest poet, but being honest is an achievement, a matter of high technique. I let the reader know only the truths that serve the poem.

Green:  Yet there’s this strange thing where readers want to think everything is true …

Dunn:  And I want them to believe everything I write. That’s the art.

I loved this whole exchange. So many things jumped out at me with a big ‘yeeessss!’ – ‘the burden is on me to make [what I’m doing] interesting’, ‘let the reader know only the truths that serve the poem‘.

Personally I like to think the starting point for writing any poem is the thought ‘this is interesting.’ If I find it interesting, there’s a chance others might too – but not necessarily. There are subjects I find fascinating but am not yet convinced I can make interesting enough via a poem. They remain challenges to which I hope one day to rise.

There are poems I’ve written that may start off as ‘the truth’ as in ‘this really happened’. I’m sure that’s a starting point for many people’s poems. And yet what we’re really saying is ‘this is how I remember it happening’ which is often a different thing altogether.  For someone else who experienced the same thing, my memory may be a fiction. Even in the process of writing, I find myself editing the truth for reasons that ‘serve the poem’, and as a consequence I sometimes start believing my fiction to be the truth. More than once I’ve been asked something like ‘did that really happen?’ and I answer ‘yes’ instinctively. If I then think about it, I realise that’s not the truth. But I didn’t feel I was lying when I said ‘yes’. Is this normal? The re-writing of truth into fiction and the fiction becoming, in some way, the truth? In the realms of poetry it’s all pretty inconsequential. But superimposed onto the bigger world it’s a slightly worrying thought.

*There’s a Rattle anthology of fourteen selected ‘Conversations’ for sale here, and a sample of a conversation between Alan Fox and Jane Hirschfield from 2006.