Alice Oswald at the BBC

Published by Robin Houghton on December 12, 2018 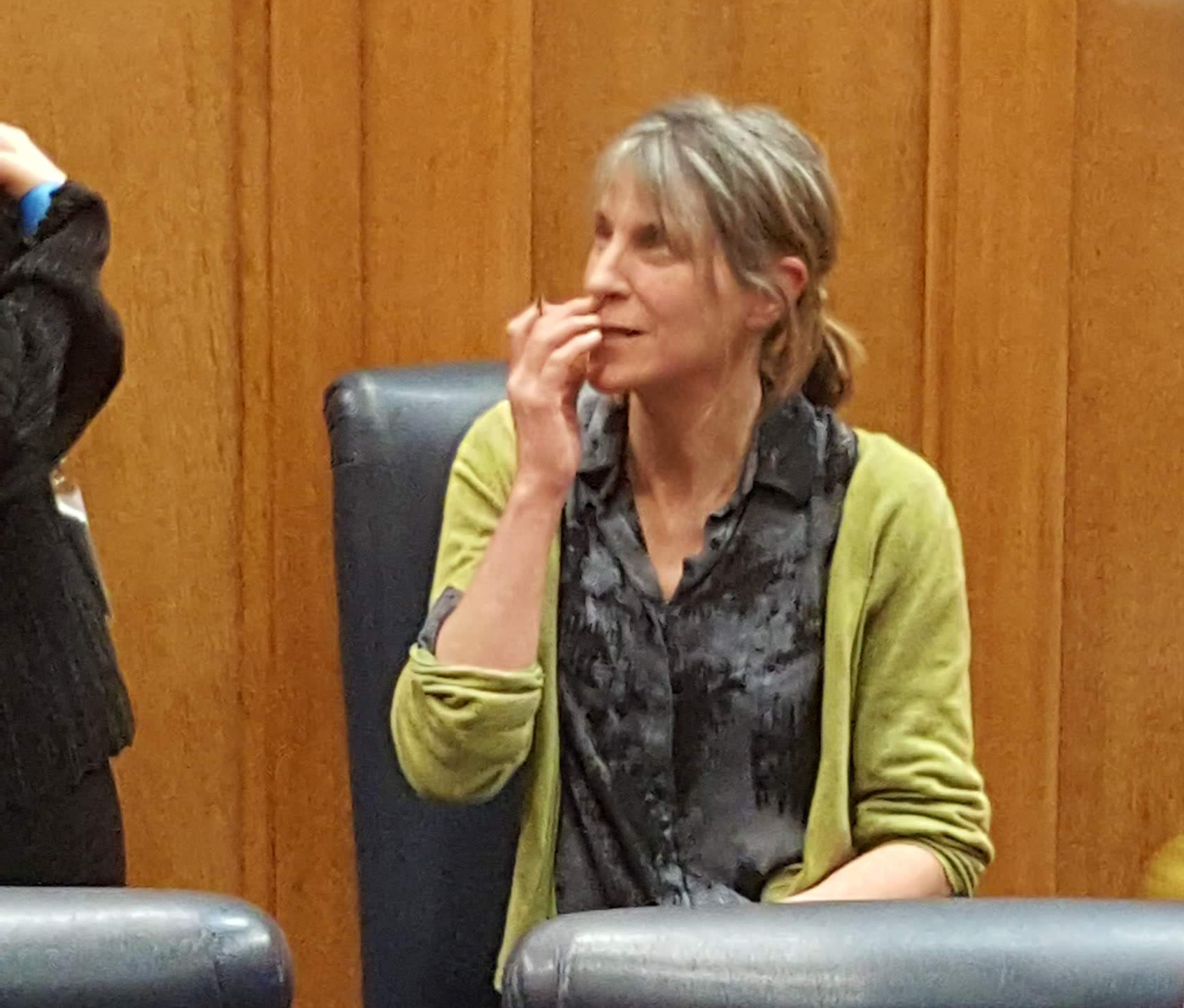 Something different. I answered the Poetry Society’s call for audience members at a recording of BBC Radio 4’s ‘Book Club’. The guest poet being interviewed by James Naughtie was Alice Oswald. I’ve heard the stories about Alice rarely giving interviews or readings, and since the session was to discuss her 2016 collection Falling Awake (which I loved), I thought it would be fun to do.

I’d never been to the iconic Broadcasting House before, so that in itself was exciting. I wanted to take a photo of the huge Latin inscription in the foyer but I was a bit intimidated by all the security and number of people standing around wearing headsets and keeping an eye on the poets as we all loitered waiting to be ‘called in’.  I just assumed the audience members would be poets, and I wasn’t far wrong. There was a large group of people from Poet in the City for starters. And I was happy to spot a familiar face in Cheryl Moskowitz.

The discussion/recording took place in the Council Chamber, a semi-circular wood-panelled room which dates from when the building was first opened in 1931. Huge portraits of past Director-Generals look down on you, and the Art Deco is everywhere, including the lovely clock face above the fireplace. For me, it was worth going just to see all that! 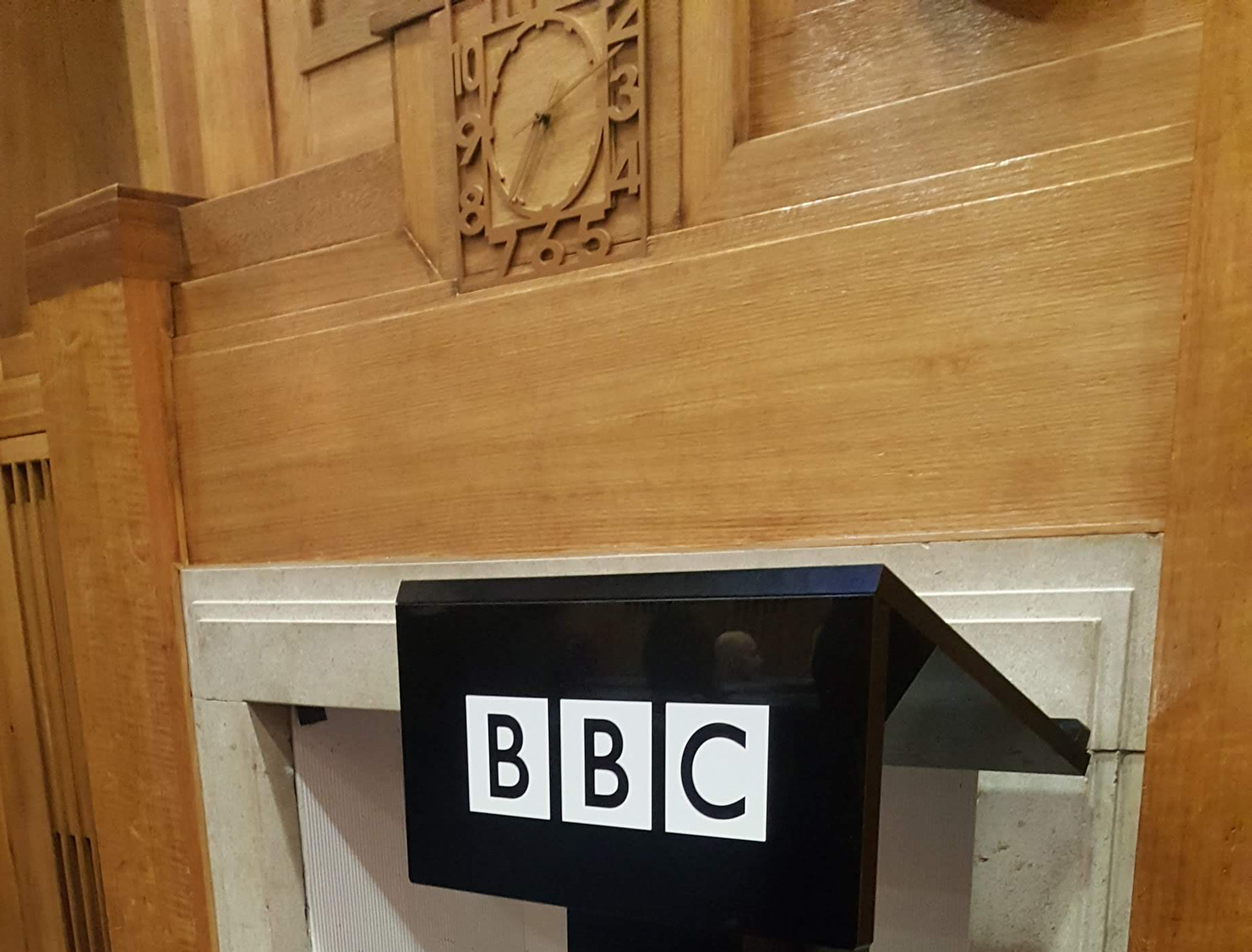 There were about thirty in the audience, and quite a few of us got the chance to ask a question. Alice’s answers were fascinating, and although I wish I could have recorded it, I guess that’s a bit daft as it’s going to be broadcast in February anyway. Whether or not ‘my’ question makes the final edit remains to be seen! 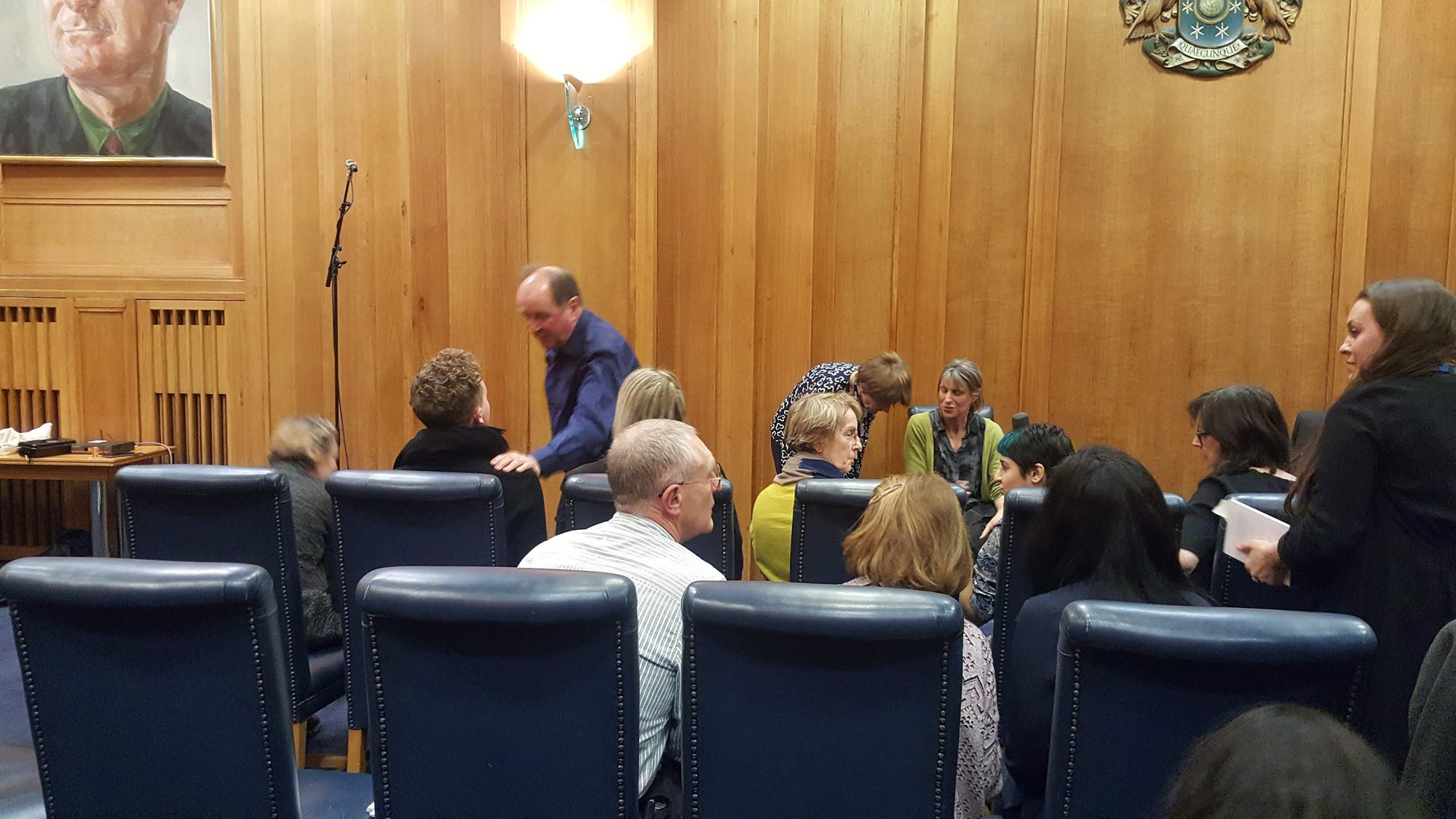