Published by Robin Houghton on October 29, 2019 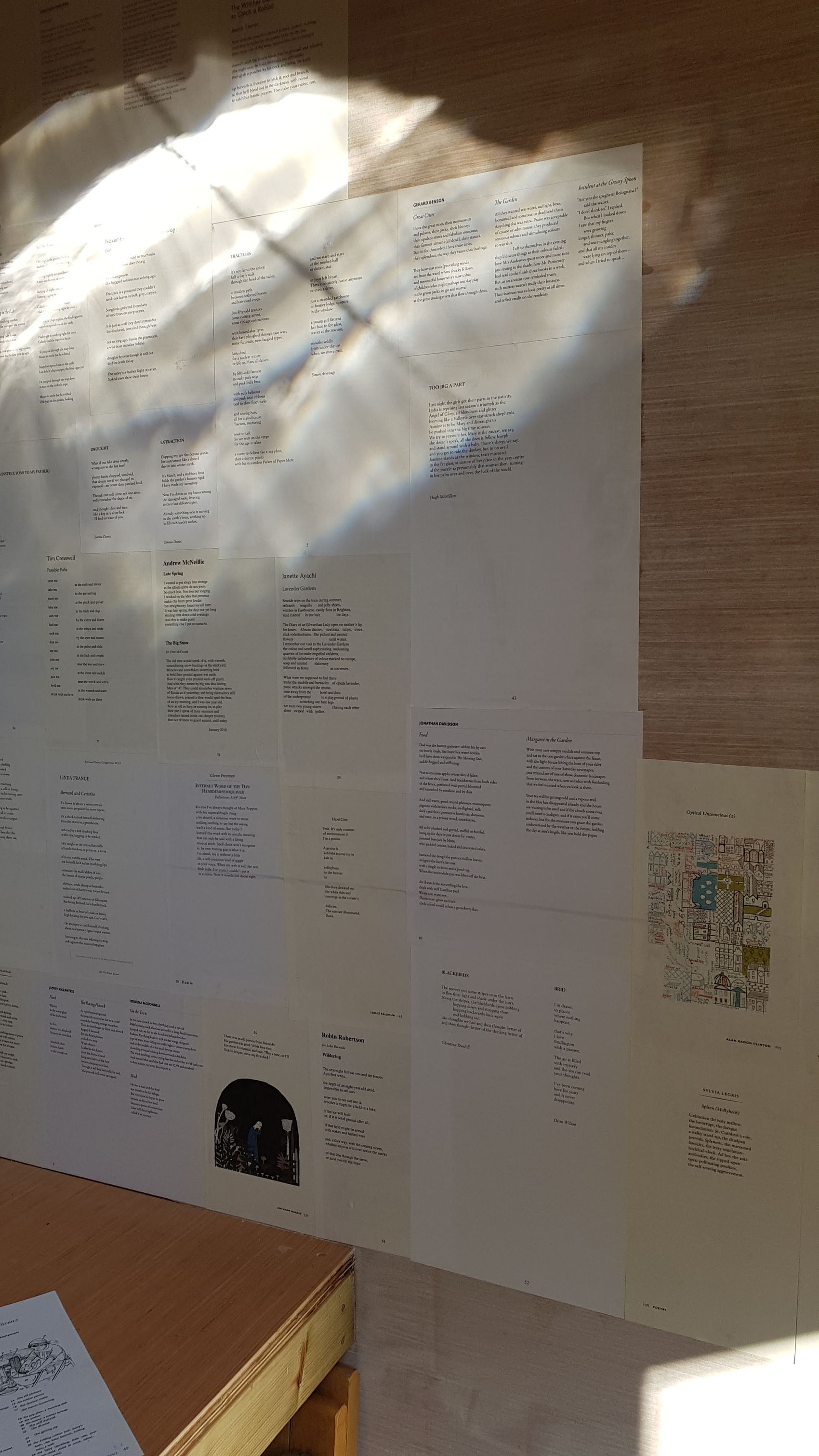 Ooh. Lots of interesting discussion & comment around my last post. Thank you to everyone who engaged! (Feels a bit of a sham/shame to use that 21st century term but you know what I mean: commented, shared, liked/disliked etc).

Meanwhile, on another blog (when I update it that is) I’m telling the story of our new sheds. Yes, plural! I’m talking about the replacement structure for two sheds, a tool shed and and ‘summerhouse’ which we inherited, and loved, but which ultimately wasn’t really doing the job we needed of it. To cut a long story short, the old tool shed and summerhouse have been relocated 150 yards up to the communal garden, and they look perfectly at home up there. Meanwhile to replace them we’ve had built for us a wooden structure which incorporates two ‘rooms’ – a tool shed (yeah OK a ‘mancave’) and a potting shed/half greenhouse/she-shed. It’s exciting, but it’s more for garden stuff than anything else.

I can’t rival anything like Abegail Morley’s iconic Poetry Shed, alas, BUT I couldn’t help but insert a poetry element: a wall of poems! I’ve often wailed about the number of poetry magazines I have and how they take up an inordinate amount of space on the bookshelves. SO how about tearing out a bunch of poems from various mags, and use them to paper a wall in the ‘pottery’ (as we’re calling it – don’t ask!)? First of all I thought I’d look for ‘garden’ or outdoor-related poems. But it expanded to other topics too – basically poems I just liked and wanted to be able to read and enjoy anytime I’m pottering in my pottery! Also, we do have two very small grandchildren, and part of my vision is to welcome them into the pottery as they get older, to do some gardening fun and get them interested in gardening (the older one is already getting into it) – so how about poetry too??

So out came the mags – I started with the earliest and worked from there – so actually ended up with a lot of poems from 2010 – 2017 and maybe not many more recent, but hey. I took out all the Rattles, Agendas, Proles, Frogmore Papers, Poetry Reviews, Poetry, Rialtos, Tears in the Fence, Obsessed with Pipework and so forth, got out a sharp knife and started excising…

And a funny thing happened. (I should use that as the title for this post, in true Clickbait style!) I read. And read, and realised I’d either not  read these magazines properly or it was so long ago I’d forgotten all the great poems. I took several days over it, but really enjoyed the process, because I discovered/rediscovered some wonderful poems. (In the comments on my last post, Claire Booker noted that many poets don’t actually read the magazines in which their poems appear, or even subscribe to... and I had a twinge of guilt when I read that. I thought I had read these magazines but clearly a cursory lookie didn’t really cut it.)

So I ended up with more poems than I needed to paper the wall. Plus a few air bubbles that I tried to ‘mend’, some more successfully than others. I was careful to place poems with ‘swearage’ (a term I’ve learned from a poet friend – although autocorrect wants to change it to ‘sewerage’ – how appropriate!) further up the wall so that four-year-olds don’t read it and do the classic “nana what does X$%!@ mean?” The photo shows it in progress, I’ve since finished but need to varnish the wall to protect it a bit from the vagaries of shed-dom (damp, condensation etc). I may be putting a mirror on the wall, so I tried to place my faves on the outer fringes so they’re not hidden. A confession: I included 3 of my own poems, although more for fun – I like the idea of someone who maybe doesn’t know I write poetry ‘happening’ on them – ha ha.

PS:  Today is my birthday. In the 1980s I would have bought you all a cream cake. Honestly. Today I just say I hope you have a lovely, lovely day, and let’s all go outside, take a deep breath, and thank whoever or whatever you’d like for being alive. XX