How are you doing?

Apparently we’re now all feasting on The Repair Shop and reruns of The Vicar of Dibley. The skies are bluer and quieter than ever, all the better to hear birdsong. Stars are brighter, if you have access to outdoor space at night time. I realise these are terrible times for so many people and I’m one of the fortunate ones. I’m not facing financial ruin, I’m ‘locked down’ in the company of my best friend and I have a garden. I’m able to appreciate Spring and watch things grow. Just the word grow makes me slow down. So what if I haven’t written any stonking new poems lately. I have a few ideas, but they need time to grow. SloPo seems to have come into its own.

I planted some basil seeds on 6th March, and another lot on 20th April. What a difference six weeks makes. 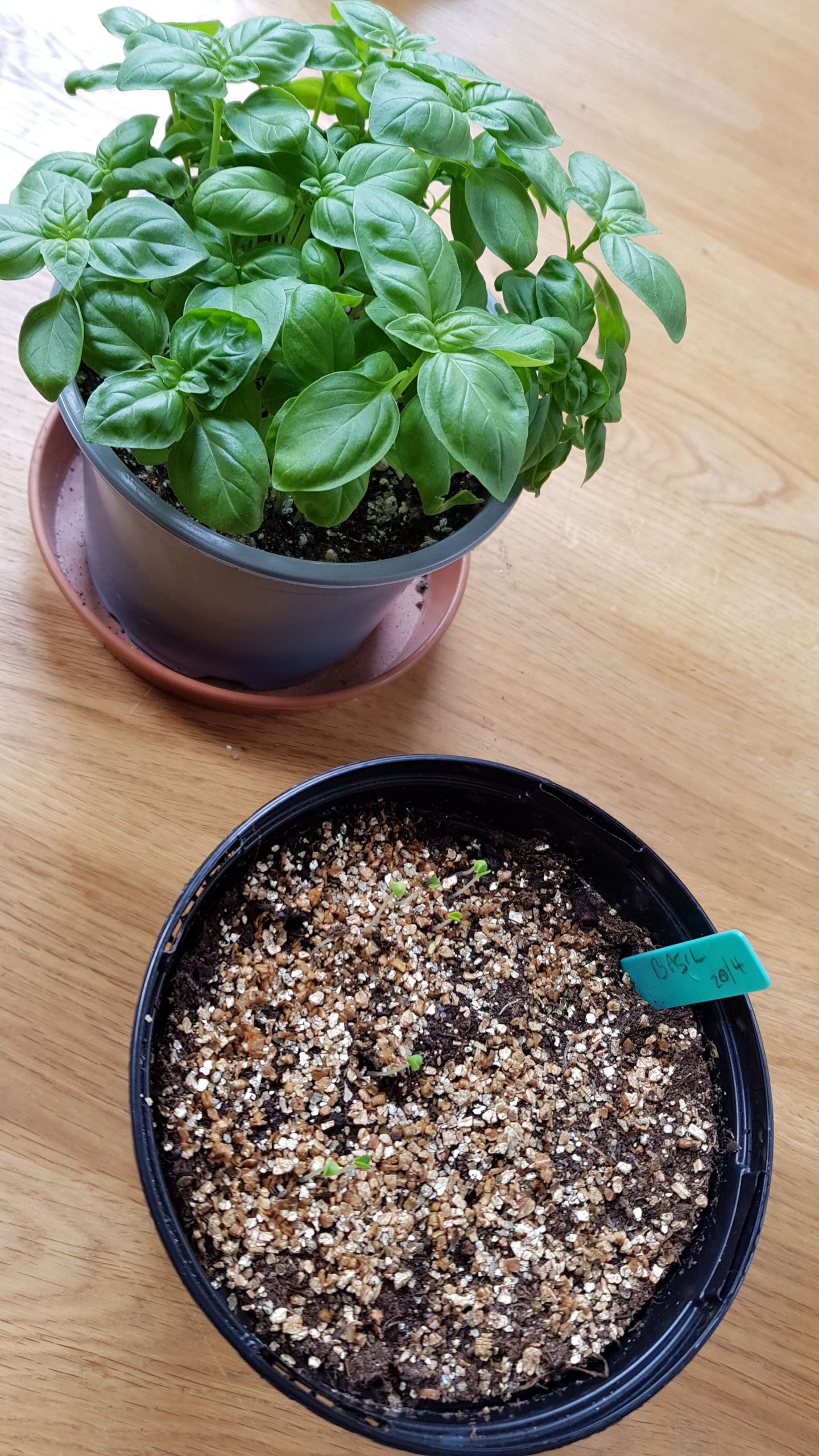 The problem is I have plenty of poems at the pre-germination stage and I want them to look more like that 6-week young basil!

I enjoyed reading an interview with Julia Cameron in the Sunday Times last week, (apologies if this is behind a paywall) on dealing with social isolation (“As westerners, we have a hard time sitting and doing nothing”). I remember reading The Artist’s Way and struggled to follow its advice. There’s something about ‘free writing’ that feels to me like the opposite: I feel restricted, I regress to cliche, old reminiscences, boring language and prosaic nonsense. An advocate might say ‘yes that’s the idea – not to think, just write’. But sadly it doesn’t free me up. I guess I could adapt the daily free writing to something else: word games around a theme or something that at least begins with a structure.

Next month I’m going to be following Adriene Mishler’s monthly calendar which will have a meditation element to it alongside the yoga. Meditation isn’t something I’ve ever got into, but these days I’m suitably chilled to give it a try.

So far I’ve managed to stick to my resolve of not entering any single-poem competitions. (Although I did try the Poetry Business Pamphlet competition again.) Having had nothing really appear in magazines for months, I’m paying the price for submitting very little in the second half of 2019. I did have a poem long listed in the National this year, which I was chuffed about (once I’d got over the initial BWWAAA how did I manage to miss out on the money?) I’m very pleased to have a poem forthcoming in The North in the summer, and one in Stand. I’m currently awaiting responses to nine poems from three magazines. That’s it for now.

Wishing you love, health and slo-po.