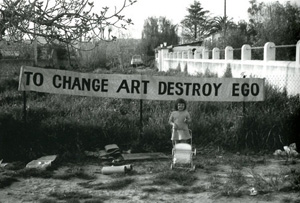 Published by Robin Houghton on January 30, 2013

Yesterday was one of those days when I felt I should have been working (ie paid work), but instead was faffing about with several poems all of which were nearly there or in the I’m not sure about these but I can’t stare at them any longer and I must just get them out pile.

As a consequence I sent three out to a publication I’ve not approached before, and sent one in to a competition. I really ought to make a note of all the odd £3, £5 or £10 fees, magazine subscriptions etc so that one day I can say “right! That’s  £5,000 I’ve spent so far on poetry, so now all I have to do to get it back is win the Bridport Prize.”

Then I reviewed what I had out, and for how long, and was interested to see that the end of each month seems to be when I get stuff out. One magazine has had my poems for three months or so, so it would be nice to hear from them. Other things are unlikely to emerge unscathed from the pipeline any time soon. I have a couple of pieces forthcoming but I’d like more ‘in the bank’. Does that sound ridiculous, like it’s all about the numbers or something? Probably. The monstrous poet-ego in me – perhaps if I’m honest about it it will be less monstrous. My other preoccupation now is that I have no theme, no voice. How on earth can I talk about getting a pamphlet together when all the poems are so random? Plus the more poetry I read the less sure I am about my own abilities to write the stuff.

Yikes. I started this post feeling pretty good about it all, so not sure what happened there! Anyway, good luck with the submissions game if you’re playing it too. I’ll let you know about any acceptances or rejections.

Oh – I almost forgot, South magazine published its latest ‘poets in the next edition’ list, and my name wasn’t on it. So I guess that counts as a passive rejection – rejection by non-inclusion – is that easier to take than the thin SAE on the mat? Actually I’ve decided not to submit there again – no, not because of sour grapes (I’ve had something in there in the past) but because I’m not sure my stuff is right for them. So perhaps that means I am getting a feel for my voice?