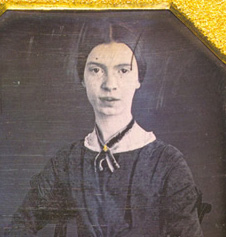 Setting myself a new challenge

Published by Robin Houghton on February 6, 2013

After a chat with a wonderful poet friend yesterday I had a bit of a lightbulb moment (albeit over a couple of beers, funny that).

She told me of another poet who had just had a poem accepted by Poetry Review and was over the moon because she had been trying for ages. Trying for ages! And I haven’t tried once. Why not? Because I never feel I have anything good enough. Why not? Partly because I don’t write enough – not enough practice, not enough decent material, etc.

I’ve told myself this before but never done anything about it. So enough of the hand-wringing! I could just pootle along the same as I’ve been doing, sending off whatever I’ve managed to write and hoping for the best, getting the odd acceptance from a magazine, going to workshops and wanting success. Or I could actually work at it, put in the hours and quit thinking it’s going to magically happen.

So as a start, I’ve decided I’m going to write at least one poem every day. I won’t go back to work on a previous poem until I’ve written my day’s poem. I will do this at least until Easter, as a kind of Lenten promise. The idea is not to write just anything, but something – something that has at least the potential to become something good. I won’t pressure myself to send these poems off anywhere,  or worry about whether a theme is emerging or ‘could this go in a pamphlet’.

You might be reading this and thinking it’s no big deal, maybe you’re a prolific writer with hundreds of poems. But I’m not, so the thought of having written over 40 new poems by Easter is very exciting. Wish me luck. (By the way, I’ve written my poem for today. A sonnet – ha!)

PS Latest rejection news: Versal, a magazine I hadn’t heard of until I saw them on Facebook and thought I’d try something with them. They are an outfit who make a nominal charge for submitting – a hotly debated topic but actually one I am sympathetic towards. I’d rather pay a quid to a poetry magazine for taking the time to read my poems and respond, than to Royal Mail. And the response was not only quick, but very polite, along the lines of ‘please submit again’. I’m cynical enough to wonder if that’s a stock response to everyone, but if anyone from Versal is reading this, and it isn’t, then I apologise.