I can’t believe it’s taken me so long to get my lazy bod along to the Troubadour cafe for Anne-Marie-Fyfe’s Coffee House Poetry nights. I guess the journey was putting me off, but actually it was as sweet as a trip on Southern Rail could be. Trains on time. Changing at Clapham Junction. Two stops on the overground and a 5 minute trot past the scary-looking Brompton Cemetery. I left home at 5.30pm and was back by midnight.

The Troubadour…. what can I say? I already gave a flavour of it in a previous post. The downstairs room where the readings are held is an interesting L-shape, and tables and chairs were tightly packed in. Readers were called in groups of 6 in order to be ready to leap to the stage. A military operation, but handled with good humour, and people responded by (mostly) sticking to the rules – one poem, no more than 25 lines, little or no preamble. There must have been 60 or more readers in all, and an amazing range of poems to the theme of ‘yellow’. Most of those read were by the poets themselves, but we also heard work by Louis Macneice, Philip Devine and Frances Leviston among others.

Jan Heritage and I reading our poems. (Sorry for the grainy pics)

I was looked after by poet friend Jan who’s a regular, although there were several other people there I knew and it was very nice to finally meet others who I knew only by reputation, such as Mona Arshi (who I’m reading with next month at Lauderdale House, oh did I mention that already?) and Robert Peake.

The event has been going for some years now but I got no feeling of it being a clique – which has to be down to Anne-Marie’s hosting skills. She appears to know everyone’s name, (including mine, even though we’d only met once), she’s there greeting people as they come in, chatting and making introductions beforehand and in the break. Her relaxed persona rubs off on the audience, with happy results. It’s a style I’d love to emulate when I’m running events, because I’m aware I can sometimes get into the “don’t panic!” mode and the rictus grin/short temper if things aren’t going quite to plan. Must try harder!

Anne-Marie Fyfe, Stephen Bone and myself, and featuring Stephen’s yellow socks – OK, I know it’s a bit blurry, but it was dark!

If you’re a regular reader of this blog you’ll know I can get a bit irritated about event timekeeping (ahem!), but in this case, given the number of readers it was easily forgivable that it ended a teensy bit later than scheduled. Sadly I had to catch a train so missed the final few readers, the results of the Big Yellow Taxi quiz (at which I sucked big time) and the announcement of the favourite poem of the night. I was told it wasn’t always quite that busy, as the regular nights feature just a handful of headline readers. I’m already looking forward to the next one in May when the season starts up again for the summer. If you’ve ever thought of going along but haven’t yet, do so if you can, it’s well worth it.

« A clutch of Spring readings 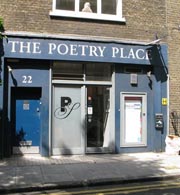 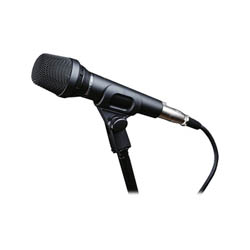