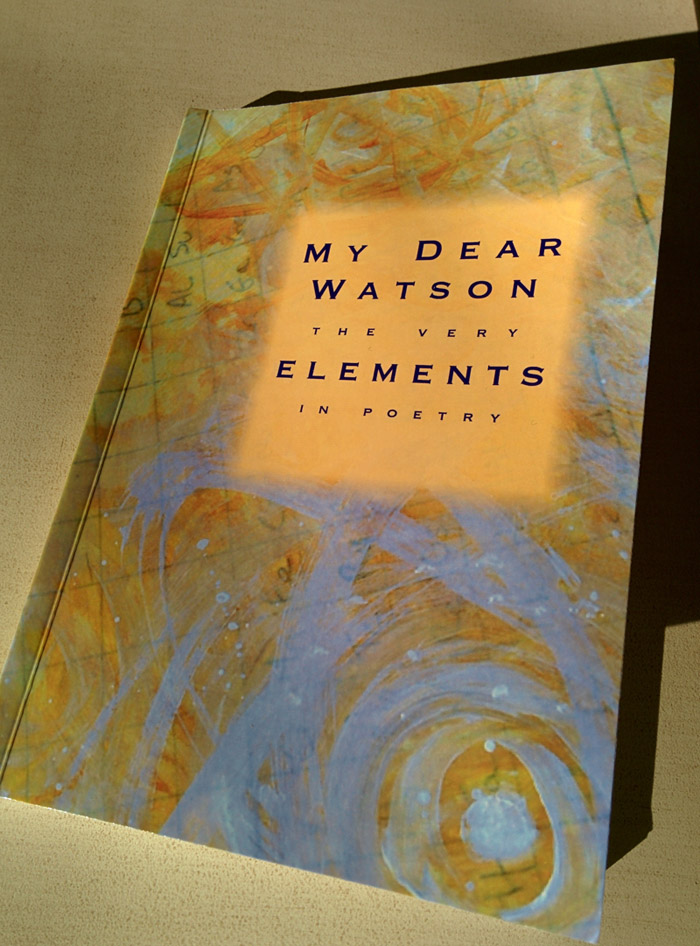 Published by Robin Houghton on November 22, 2015

Look what arrived today – my copies of the lovely new anthology from Beautiful Dragons (mastermind: Rebecca Bilkau), My Dear Watson. It’s a celebration of the 118 elements on the periodic table. Each poem takes one of it the elements as its inspiration, and 118 poets have contributed. Poets were sourced and Rebecca organised the whole project via Facebook.

Social media platforms elicit strong feelings. Not so long ago it was the internet itself. In 2001 you could say “I hate the internet/I don’t DO the internet” and you’d find plenty of folks agreeing with you. Now it’s kind of unusual since the internet is difficult to avoid. These days it’s social media. “I hate Twitter/I don’t do Facebook.” All fine, and I’m not suggesting in ten years everybody will be ‘doing’ Facebook and/or Twitter. But in 50 years everyone will be using similar (and hopefully much improved) tools because communication methods are constantly changing. Remember: the first people to have telephones in their homes also ran the gauntlet of ‘Are you Mad? What on earth is the POINT of it?’ And that was only 100 years ago.

I personally feel privileged and very lucky to be one of the first generation to experience both the pre-internet and the early internet era. It’s real history and we’re living through it. The tools we currently have are not perfect by any means. Remember: Microsoft, Apple, Google, Facebook, Twitter etc etc all started in some guy’s bedroom. Nobody knows the rules because we’re figuring them out as we go along. But the tools are what we (humans) make them, and when things go wrong, or the tools are abused or used for bad ends, it’s not down to evil computers or that dreadful ‘social media’, it’s down to evil people.

Anyway, what got me going on that strand of thought was actually that I wanted to celebrate, for once, the wonderful things we humans can do with the tools available. The contributors to ‘My Dear Watson’ are a community only in that we all heard about it on Facebook and responded. (OK, some of the poets had already contributed to previous anthologies). Poems were submitted, and virtually all correspondence was carried out on Facebook. Even Rebecca notes that ‘not one of them (the contributors) knows all of the others’. I’m not saying this is a unique achievement  but it’s a fine example of how a crowd-sourced project (the herding of 118 poets is no mean thing) can generate its own community, and it was facilitated via a social platform. Nothing special about Facebook, although as free, web-based platforms go it’s pretty suitable for this kind of collaboration.

So brava, Rebecca, and thank you.

And let’s try not to fall back on easy statements like “I hate ovens!” just because we haven’t yet produced the perfect souffle.