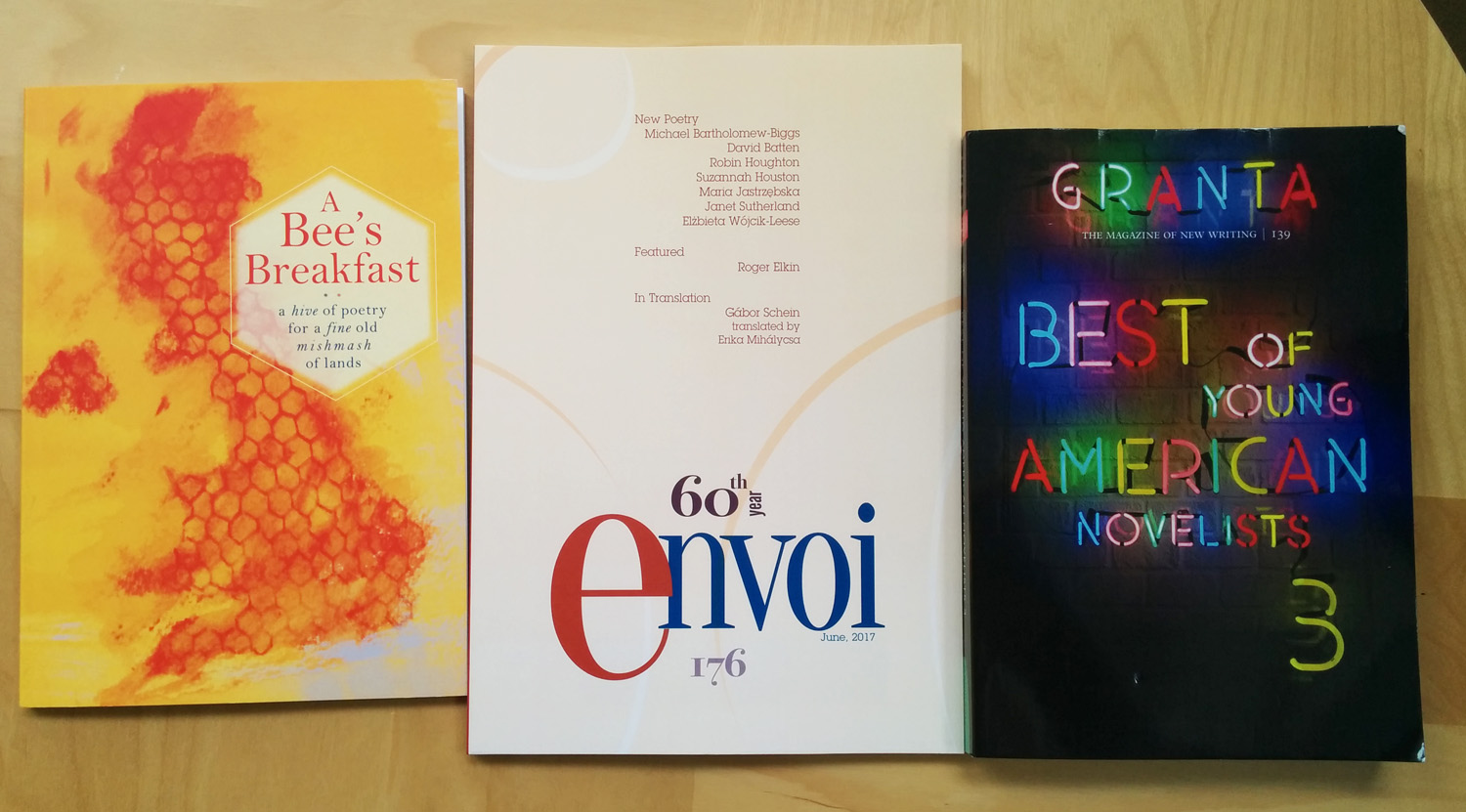 Through the letterbox fell two parcels yesterday, one from Germany and one from Wales, although both in English, luckily.
A Bee’s Breakfast is the latest anthology from Beautiful Dragons, a Facebook-based collaboration and the brainchild of Rebecca Bilkau. This is the third ‘Dragons’ anthology I’ve contributed to and I think it has the most beautiful cover art of the series. Previous themes have included the table of elements (my element was Osmium, and I learnt a lot about it in my research!) and constellations. This time it’s all about the counties of the UK, so there are 126 contributors. I’ve only skimmed through so far but already I sense an underlying disquiet – it’s fascinating to see the country through the eyes of others, and particularly now when the burden of Brexit weighs heavy on the nation.

My county was the Isle of Wight, which I have at least visited a few times – I confess if the choice had been between Clackmannanshire and the The Copeland Islands (google it!) I’d have been a tad stumped.  I took a traditional tack and thought of Tennyson, but I had a bit of fun by taking his long poem ‘Enoch Arden’, doing a little ‘erasure’ on it and re-creating a new, short poem which I hope is suggestive of both the island itself and Tennyson’s own life. All the words are actually his – hopefully that counts as ‘found’ rather than ‘plagiarism’.

From Wales has come the latest issue of Envoi, from Cinnamon (my publisher!!) – and the excitement at seeing ‘First Salsa in Cusco’ on page 46 was almost eclipsed by getting my name on the cover! Yes! What writer doesn’t love a byline?? ‘First Salsa’ has been a loooong time in the fermentation – the first drafts were written in December 2012. Anyway, it’s out there now, and I actually still like it, so it will probably be the oldest poem in the new pamphlet.

And finally, Granta, which I usually start by reading the photo journalism and poems, although this issue is the latest special featuring the ‘Best of Young American Novelists’. So fiction all the way. I like the fact that Granta is always introducing me to new work often by people whose names are new to me. It feels exotic, feels mind-opening. It also tends to stay by my bedside until the next issue arrives, as a short story is the most I can manage before falling asleep.