Ah, December. The month when I may be found stressing over the kerning and leading of some choir’s concert programme, editing singers’ lengthy blogs and updating the Christmas card list. Yes! I am still a Christmas card aficionado, despite every year it becoming yet another soul-search about whether the negative impact on the environment of all that paper, print and roadmiles outweighs the social benefit of sending and receiving something with physical presence handwritten by a human being. I’m sure my parents must have faced similar moral dilemmas but I can’t imagine right now what they were.

Having just emerged from a ‘dry November’ – no, it wasn’t for charity, just for a challenge – I feel just a tad liberated. I mean, to return to alcohol. I wonder if the occasional injection of alcohol actually loosens up my brain in a way that allows me to think poetry – rather like allowing one’s gaze to soften and see those 3D ‘magic eye’ images that had their moment in the 1990s. It feels that way, anyway. I’m sure it’s not a scientific fact, otherwise there would be no teetotal poets. Which I’m sure isn’t the case.

I came across this piece by the big-thinking Jon Stone, on how we could be re-thinking the traditional poetry book blurbs and steer clear of the dreaded ‘ceaselessly inventive and original, utilises precise, finely wrought language, deft musicality’ etc etc stuff that we read every day. This appealed to me greatly. I try to suppress the copywriter in me but It’s very hard when yet another claim about ‘clear-eyed poetry that demands to be written’ or whatever makes me want to be sick into a bucket. Although I admit I also fall into this particular bucket from time to time.

Jon’s essay is a fab read on its own, but don’t miss also part 1 in the series, on Prize Culture, sure to quicken a few pulses (“If the Forward or the Eliot mysteriously stopped producing spikes in sales for shortlisted books, a serious reform would be undertaken immediately, as a matter of emergency”). I can’t find parts 3 – 5 of the series, but I’m waiting for them with bated breath. These essays were written in 2014, so why have I only just discovered them? Conspiracy theories on a postcard, please.

A couple of weeks ago I went over to Chichester to read at Barry Smith’s excellent Chichester Poetry Open Mic. Twas a fairly foul night, but the small audience had a big heart – not only was the open mic element one of the best I’ve experienced, but the lovely people bought a few of my pamphlets as well as my ‘Guide to Getting Published in UK Poetry Magazines’ (yes! another plug! But if I can’t plug it on my own blog then what kind of a marketer would that make me? No need to answer that one.)

A few nights ago I attended the launch of Antony Mair‘s wonderful new collection, Let the Wounded Speak. Antony had invited two other poets to read from his collection, and the whole event had been impeccably planned. Having others read his poems was a bit of a masterstroke. I love hearing Antony read, but giving the poems to another voice meant we got a different slant on the work. I admit I was surprised to find it so moving, although I’m not sure why I was surprised, because I’d been to the launch of his first collection performed partially by the actors of Live Canon, and enjoyed that immensely.

Antony has a theory that my poetry-related doo-dads such as the quarterly windows updates and the ‘how to’ book are displacement activities designed to stop me getting on with the first collection. There could be something in that. But there’s also the pleasure of dipping in and out of diverse projects.

One thing’s for certain, I need the relative quiet of January to get on with thinking about the collection. Music for now. I’m still enjoying laying out the programme and learning the music for our upcoming concert…

Alice Oswald at the BBC » 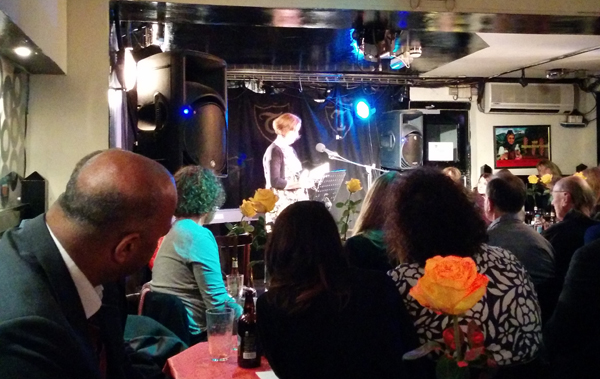 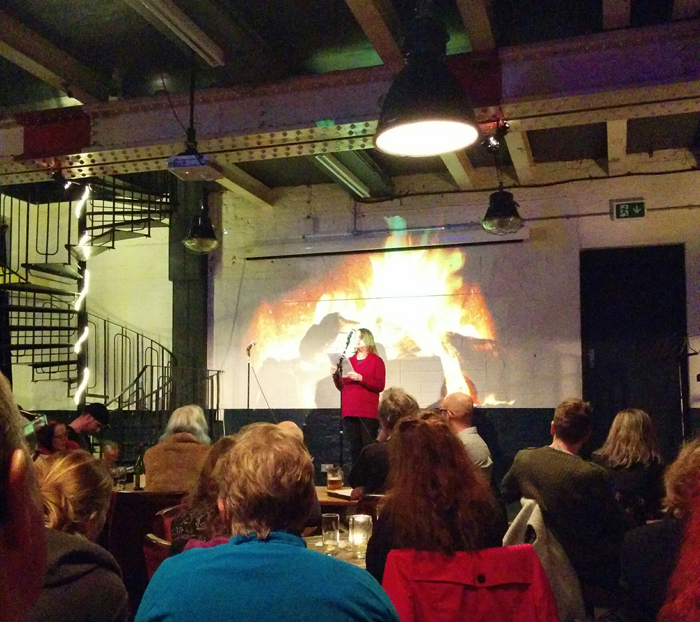