To London, for poetry &

Published by Robin Houghton on November 26, 2019

I seem to be up in London a fair bit this month. Last week was my first trip to the Troubadour in a while, and despite late trains meaning I arrived late, and then having to leave soon after ten or risk not getting home, I was very glad I went. It was the regular ‘what we should have said’ session, with improvisation/semi improv from Stephen Sexton, Greta Stoddart, Richard Douglas Pennant, Stuart Silver and musician Peter Foggitt. I had been initially attracted by Stephen Sexton’s name, as I really enjoyed his collection If All the World and Love were Young (Penguin) – and although I enjoyed all the readings I was most taken with Greta Stoddart. She has a real charisma and an enviable ability to hold an audience. 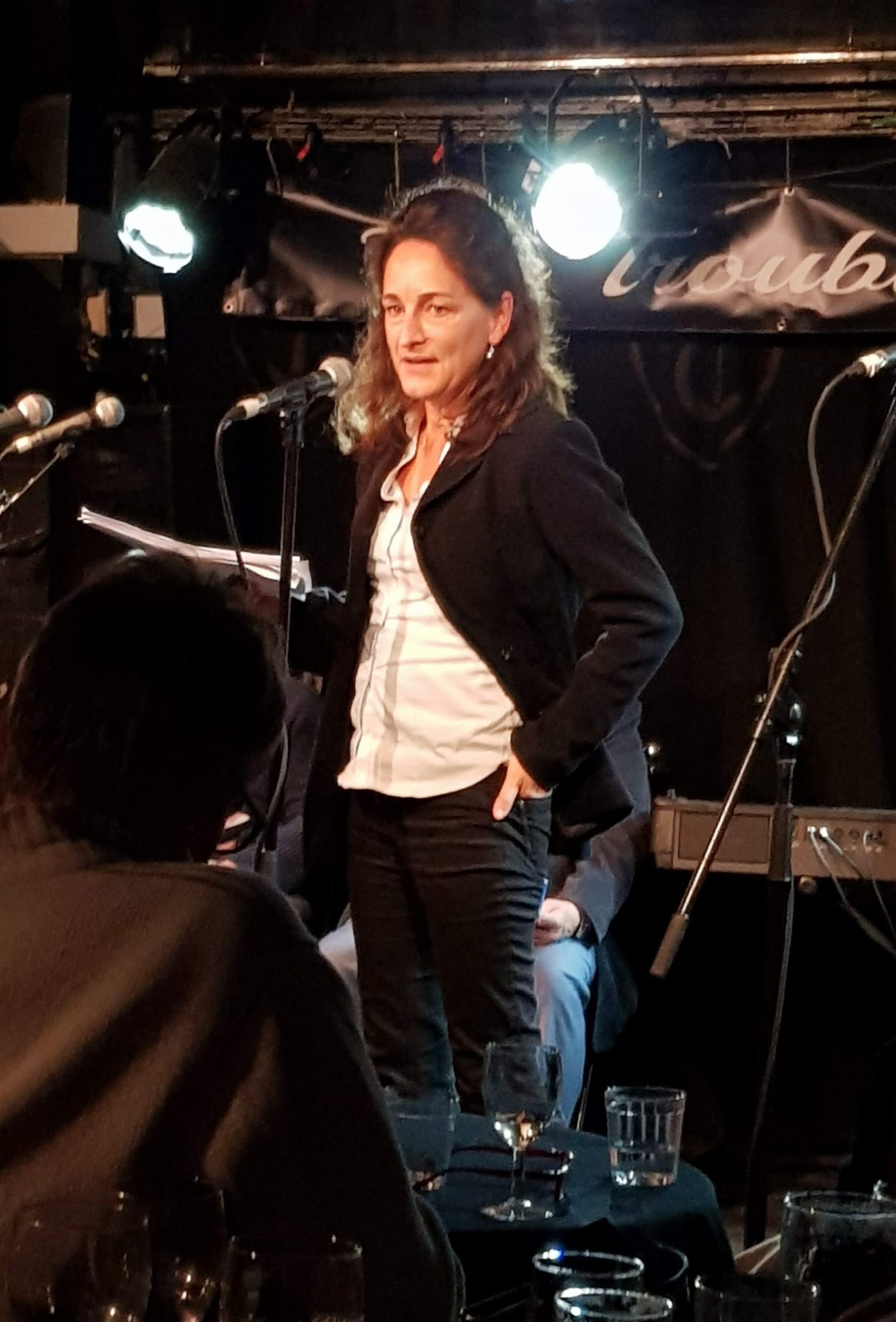 Then last night I was at the newly-opened Boulevard Theatre in London’s Soho, where Live Canon had taken over the bar for the launch of four new pamphlets, one of which is mine. The other poets (Tania Hershman, Miranda Peake and Katie Griffiths) gave brilliant readings and I felt very privileged to be a part of it all.

Helen Eastman, who runs Live Canon, is always astonishing – a one-woman powerhouse who manages several large-scale projects at a time as well as a family. I’ll have what she’s having! Not only that but she gives the most generous introductions you could ever imagine. I don’t know about my fellow pamphleteers but I felt like Poet Royalty for the night.

I’d been a bit sad during the day, I think partly because all the poet friends I had invited either lived too far away or were unwell or already committed to another launch on the same night. So it was wonderful that my good (non-poet) friend Lucy was there, and then I realised there were many friendly poet faces in the audience: Joolz Sparkes, Jill Abram, Heather Walker, Fiona Larkin, Cheryl Moskowitz and Susannah Hart to name a few.

I’ll have signed copies of the pamphlet for sale here on the website very soon. I’m just getting my shop in order!

Next up I’ll be reading a couple of quickies at the Rogue Strands event on Thursday  and it’s in aid of the Trussell Trust alongside a swathe of fine poets – hope to see you there.

And by the way, hard to believe I know but it’s not actually all poetry in London! In order to get the cheapie tickets yesterday I travelled in a bit earlier, and took the opportunity to go and hear Evensong at St Michael’s Cornhill – one of those fantastic city churches that people walk past all the time without realising they’re there. St Michael’s has a choir of ten who sound professional or at least semi-professional, and a huge organ. I go to Evensongs for the music, but it’s also a meditative experience which I highly recommend, even for atheists. Yesterday I heard some fine music by William Byrd, a Catholic who (thanks to the patronage of Elizabeth I) managed to compose music for both Catholics (covertly) and Anglicans (publicly), at a time when Catholic priests were hung drawn and quartered for their faith. An extraordinary man who lived through extraordinary times.