Earlier this week I had two tasks on the go: firstly to whip my pamphlet into shape before sending it off to the Mslexia comp (well, someone has to win it!) and secondly to have an initial read through of several hundred poems in my ‘guest co-selector’ role for a magazine.

It was interesting to do the jobs pretty much side-by-side: to put myself in the shoes of the submitter and the selector at the same time. Of course there are aspects to a pamphlet submission that don’t apply when sending off individual poems. I’ll probably talk more about putting the pamphlet together in another post. But one of the first things I realised as I made my way through the pile (and which made me look again at my pamphlet) was the importance of titles.

Can only Frank O’Hara get away with a poem entitled ‘Poetry’?

I don’t know about you but I often struggle with titles. I know there are many guidelines about this, and everyone has their preferences. I’ve often heard it said that the title is an opportunity: a first chance to get the reader’s attention. Personally, I have an aversion to those obviously attention-seeking titles you see on competition shortlists. So that leaves us with ‘try to be original, but not too cute.’

Sometimes I start with what I think is a great title, then work backwards and try to write a poem that fits. This rarely results in a fine poem, but is a fun exercise. Am I the only one with several pages of a notebook filled with (what I think are) great titles? I’ve also got a few magazine titles up my sleeve, which of course can be as bizarre as you like. And because there are so many small journals in existence, it’s hard to tell the real from the fictional, and does it really matter? Certainly not on social media where things often get blurred. Every now and then I’m tempted to poet to Facebook something like “Delighted to have had a poem selected for Builder’s Bum Magazine!” and wait for the likes and the congratulatory replies. I’ll put money on nobody saying “What the hell magazine is that??”

But seriously … as Don Paterson says, “The title is where you can put a clue as to what the poem is about. Once you stated that, don’t keep saying it.” Obviously I wouldn’t dream of messing with the DP, but this isn’t as easy as it sounds, is it? In my anxiety to avoid a boredom-inducing title I’m aware of sometimes being a tad too obscure. It’s as if the title and the poem used to be attached, but after all the edits there is now a huge gap between the two. Nevertheless, I like a title that makes you work. I saw this poem by Jack Underwood the other day and was so intrigued by the title I read right through to the end, something I confess I’m not always good at with long-ish poems, if I’m not gripped early on. Then I wanted to read it again.

I do think a title can make or break a poem, in the sense that a good poem can probably get away with a poor title, but a mediocre poem can rise if the title has been given some thought. I also think it’s a wasted opportunity to give a poem about a cat the title ‘My Cat’.

What do you think? Read any good titles lately? What goes through your mind when giving a poem a title?

Two steps forward one step back (or vice versa) » 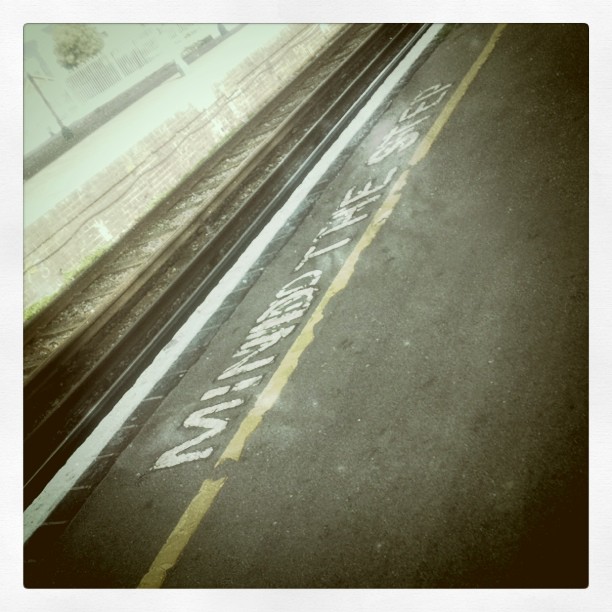