Today’s poet ready for a grilling is Ian Humphreys. I met Ian on the Ty Newydd masterclass we did a couple of years ago. He and I were in a small working group with Lizzie Fincham – which basically meant we holed up in the library, trying to do our homework while comparing notes and reading lines to each other, amongst a lot of nervous swearing and diversionary hilarity. Since then Ian’s made serious progress – he completed an MA in Creative Writing at MMU, and it’s been wonderful to follow his success – most recently winning the Hamish Canham Prize and being selected for The Complete Works III.

Jutland by Selima Hill. Two books/sequences in one. Akin to a severed doll’s head: innocence and menace combined. Cleverly, the darkness here is more of an itch in the imagination than a telling. The imagery is surreal, playful and shockingly original. A poem can start off beaming with light and lightness, then turn on a pin to become suffocating and sinister. The collection also proves that really short poems can pack a punch.

My definition of ‘decent’ is constantly changing. I consider myself fairly new to poetry so what I thought a successful poem a year ago probably wouldn’t make the cut today. I suppose what I aim for these days is to produce one poem every two or three months I feel would hold its own in a good magazine.

3 – Do you enter poetry competitions?

Yes, not often, maybe three or four times a year. It was early success in a competition that persuaded me to take writing more seriously.

4 – If someone has never read any poetry, where would you suggest they start?

I would encourage them to subscribe to one or two literary magazines to get a feel of what’s happening right now. (And to support our magazines.) My favourite ones lean towards accessible, innovative, quality poetry and include Ambit and Prole (both of which also feature prose), Butcher’s Dog and, of course, The Rialto.

5 – Why is end-rhyme considered a good thing in performance poetry, but rarely found in contemporary magazines?

6 – Can you remember the first poem you wrote – what was it about?

I was 13. Prince Charles had acquired a bald patch and it was causing a stir in the press. This seemed daft to me, even at that age, so I wrote a poem about the royal fuss being made. The English teacher read it out in class – I was embarrassed and secretly thrilled. For some reason it took me over three decades to write the next one.

A compulsion of poets.

QUICK PLUG: Since 2008, The Complete Works programme has done important work raising awareness of BAME poets in Britain. Earlier this year, Ian was selected for Complete Works III (ten new fellows are chosen every four years). In 2017, a portfolio of his poems will feature in a Bloodaxe anthology alongside work by TCW3 colleagues. 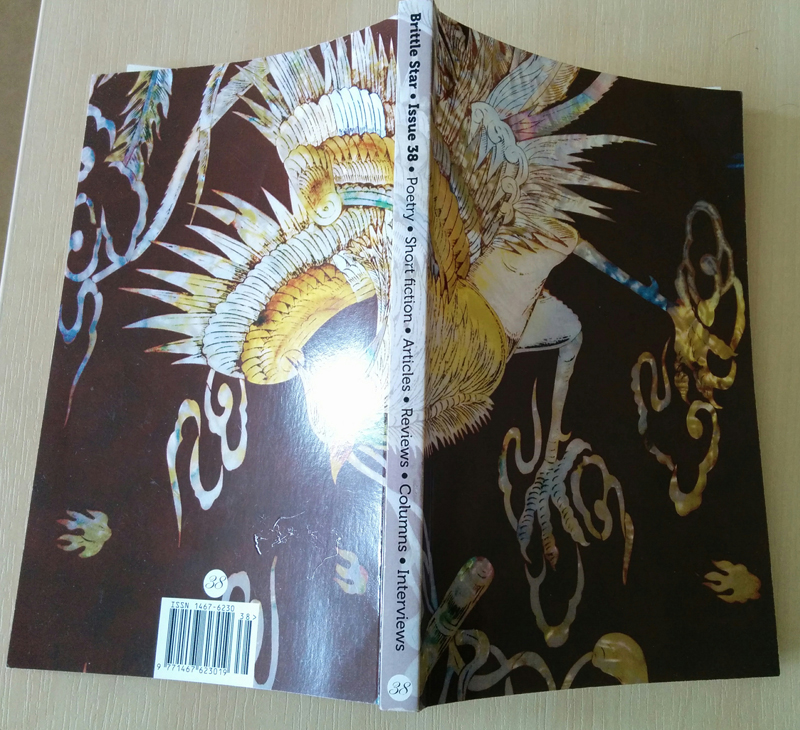