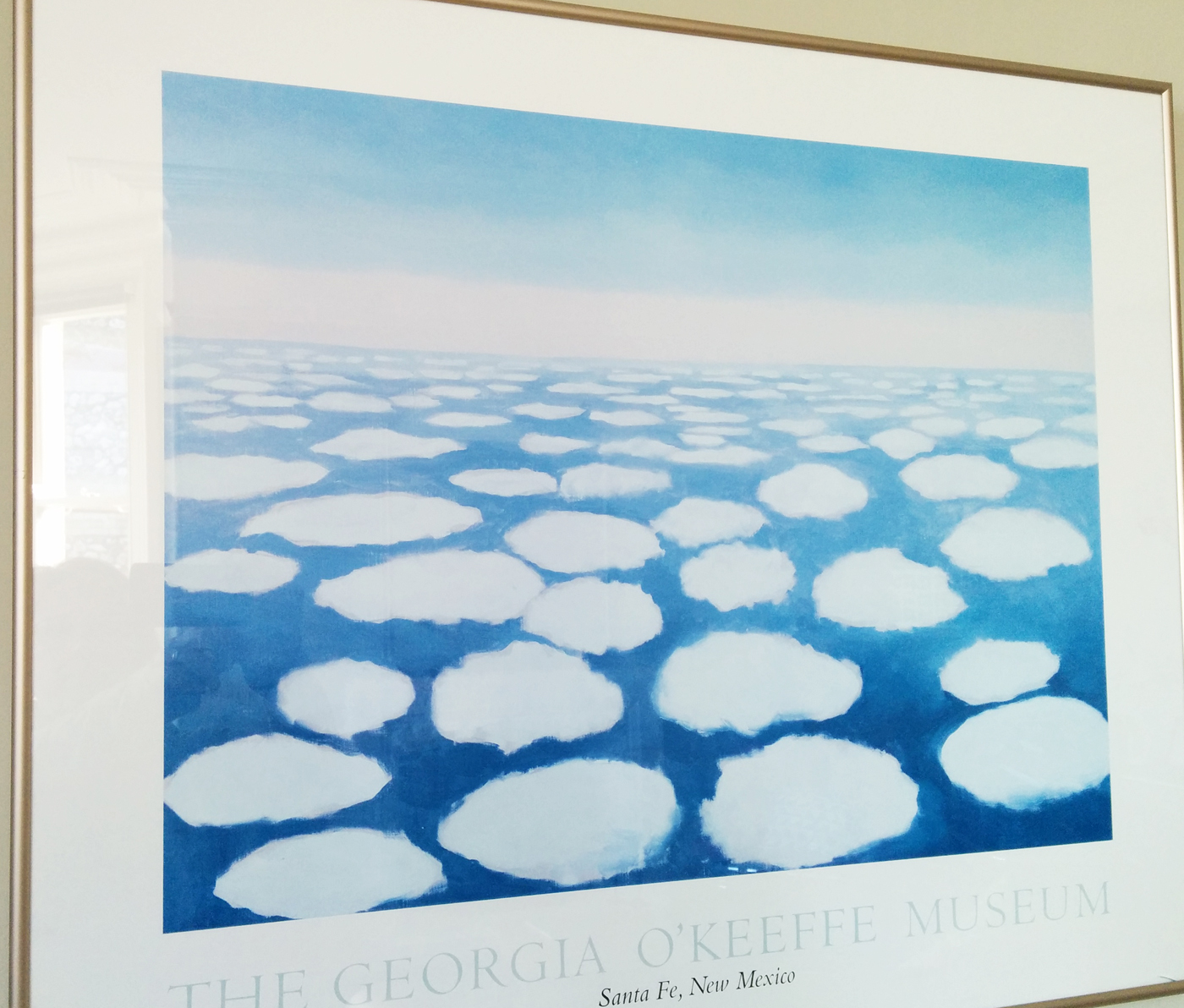 Published by Robin Houghton on February 13, 2017

A smooth drive to London yesterday for Anne-Marie Fyfe’s newest workshop, on the theme of clouds.  As in ‘I wandered lonely as…’, or ‘from both sides now..’ And yes, Joni Mitchell did make an appearance, as did Debussy, Django Reinhardt, Billy Collins, Emily Dickinson, John Lennon, The Wizard of Oz and a range of Surrealist art, amongst others.

I’ve said this before, but I really do think these workshops are the best I’ve experienced. With so much stimulation – verbal, visual, musical – the sheer pace of it (although it never feels hurried), and the continuous nature of the exercises, you have no time to lose focus. It doesn’t matter if something doesn’t ‘click’ because there’s another question or exercise coming right up. Nothing seems to distract, not even the relentless traffic and sirens of the Old Brompton Road. You are immersed, coming up for air after two hours and wondering where the time went. Anne-Marie plans these workshops well in advance. Not only are there plenty of materials and handouts but it’s obvious that a huge amount of work and thought has gone into the workshop design.

In the late 1990s I visited the Georgia O’Keeffe museum in Santa Fe and became a fan – I couldn’t afford actual prints but came away with frameable posters of three of her paintings, my favourite of which is one of a series called ‘Sky above Clouds’ (pictured above). Last year the Tate Modern in London ran a Georgia O’Keeffe exhibition (the first in the UK, I think) – I was excited to see on display another Sky above Clouds, and realised I’d forgotten how BIG the canvases are.

I thought of this painting during the workshop, and was also prompted to remember how, as a child, I thought of clouds as 2D objects, decorating the sky, just as O’Keeffe depicts them, which perhaps explains why her painting appeals so much to me. I think I was well into adulthood before I had any appreciation of the scale of clouds, of their 3D shapes, of the distances involved. Seeing them from planes was a shock – how clouds can gather in huge towering columns unseen from below, and how the highest clouds are still way above you even when you’re above the cumulus.

Most of the participants came up with new poems or the beginnings of new writing. I was more moved to get out an old poem which has been on the back burner since 2013 – something in the workshop triggered new ideas about how to revive it. That’s not to say I didn’t also come away with fresh ideas, I certainly did – and twelve pages of notes.

Coffee-House Poetry Classes at the Troubadour on Sunday afternoons – great value for money and highly recommended.