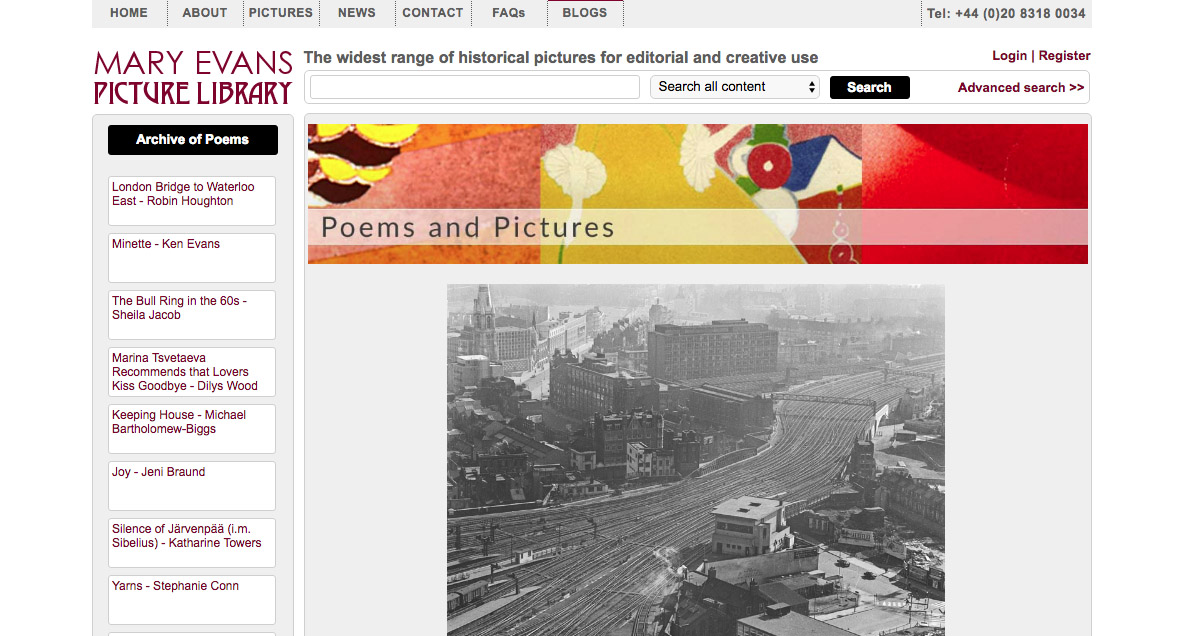 We’re into our fourth week of dust, clutter and washing up in the bath. The joys of home improvements! We still don’t have a fully working kitchen, one cabinet is ten mils too big for the space, one lot of contractors isn’t returning our calls and may have gone out of business (or ‘done a Brexit’ in the new shorthand) and rellies are coming to stay on Thursday but DON’T PANIC. Our builder is doing a marvellous job and it’s all going to be lovely.

All this is just my way of saying sorry for not blogging lately. I’ve also got a bit of work on, which I slip in between coats of paint and electricians turning off the power.

So what to report? I’ve mentioned before that I’ve been reviving some old poems, all part of a general poetry cleaning up/recycling drive.

One such is ‘London Bridge to Waterloo East’, a poem that did the rounds a few years ago to no avail. Last year I was contacted by Gill at the Mary Evans Picture Library, inviting me to contribute a poem to their Poems and Pictures blog, something inspired by a photo from their vast library (more than half a million images!) I really loved the historic railway photos, and when I came across  a bird’s eye view of the massed railway tracks at Waterloo Station in the 1960s, I thought of my poem and got it out. It needed some work, and having the image in front of me helped bring out something new. The resulting poem has just been published and you can see it (and the photo) here.

The picture library is fascinating in its range of topics. It’s the sort of site where you start browsing and it’s difficult to tear yourself away.