Getting all Elizabethan, new writing and emerging from the gloom

I’m not sure what it’s taken but I’ve started writing again. Not a great outpouring, but something. Maybe it’s been the eclectic reading I’ve been doing.

As well as Mary Jean Chan’s Flèche (Faber, 2019), I’ve read my way through Jean Sprackland’s Green Noise (Cape, 2018), and am enjoying dipping in and out of Darling (Bloodaxe, 2007), Jackie Kay’s selected. I’ve also been intrigued by Adam Nicolson’s exploration of Wilton and the background to Sir Philip Sidney’s ‘Arcadia’, which then got me onto The Elizabethans by A N Wilson which I’d had on the bookshelf for a while. Much to enjoy here, but the author has some angles (shall we say) and turns of phrase that rankled with me. Although I’m on the last chapter I don’t think I’ll finish it as there are just too many references to how Elizabeth had become ‘old and yellow-toothed’ and so forth. A queen who had achieved so much during her reign, being denigrated for the sin of growing old and thereby losing her looks doesn’t sit well with me. Funny, that!

I’m getting very interested in the ‘Sidney circle’ and the whole pre-Shakespeare Renaissance literary scene. In particular I’m starting to dig out more about Mary Herbert, Countess of Pembroke, by all accounts a fine writer, but who tends to be described in terms of a) her more famous brother and b) her generous literary patronage. 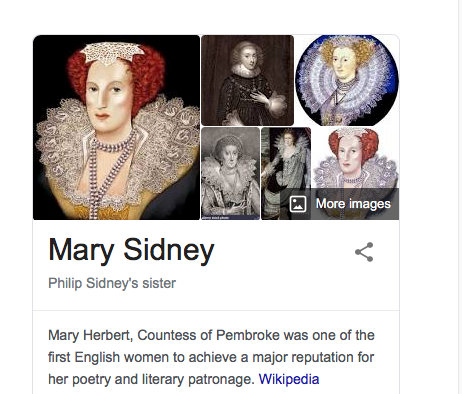 Last week I ‘attended’ (should this really still be in inverted commas?) a Poetry Society evening of readings on Zoom, celebrating the Peggy Poole Award and National Poetry Competition. There were an impressive 130 or so attendees, many of us on video – for me, this made it more enjoyable than when we’re all hidden. Some great readings from (amongst others) Michael Symons Roberts and Louisa Adjoa Parker, and an atmospheric filmpoem of Mark Pajak’s ‘Dismantling the largest oil tanker in the world’:

Meanwhile the collaborative project is taking shape. It’s a joy to be working with Peter Kenny on this, poetry pal and Telltale co-founder. This time we’re chewing over ideas on WhatsApp rather than in a coffee shop. I think Telltale is about to rise again, but what shape or form will it take? To be revealed soon!!