Published by Robin Houghton on September 26, 2019

I’m only at the first layer of Hell but am already enjoying the ride that is Dante’s Inferno. And it’s all feeling rather relevant despite having been written over seven hundred years ago.

In his excellent introduction Robin Kirkpatrick explains Dante’s conception of Hell, where sinners are ranked according to just how bad their crimes have been. Some readers may be surprised to see the ‘sins of the flesh’ and even murder consigned to the mid-range.

Go right down to the depths and you’ll find the ‘sins of deceit’ : corruption officials,  intellectual dishonesty, ‘rabble rousing’ and treachery.

‘For Dante, the most heinous offences that a human can commit are those which threaten to destroy the unity and cohesion of the social order,’ says Kirkpatrick. He reminds us that the Commedia was written at a time when ‘the new wilderness of mercantile capitalism began to establish itself’ and when ‘there appeared an irrigating surge of prophetic voices, declaring that too much a concentration on the here-and-now […] could only diminish the scope of human possibilities.’

Here’s the map, just in case our PM and any of his supporters would like to set their SatNav now: 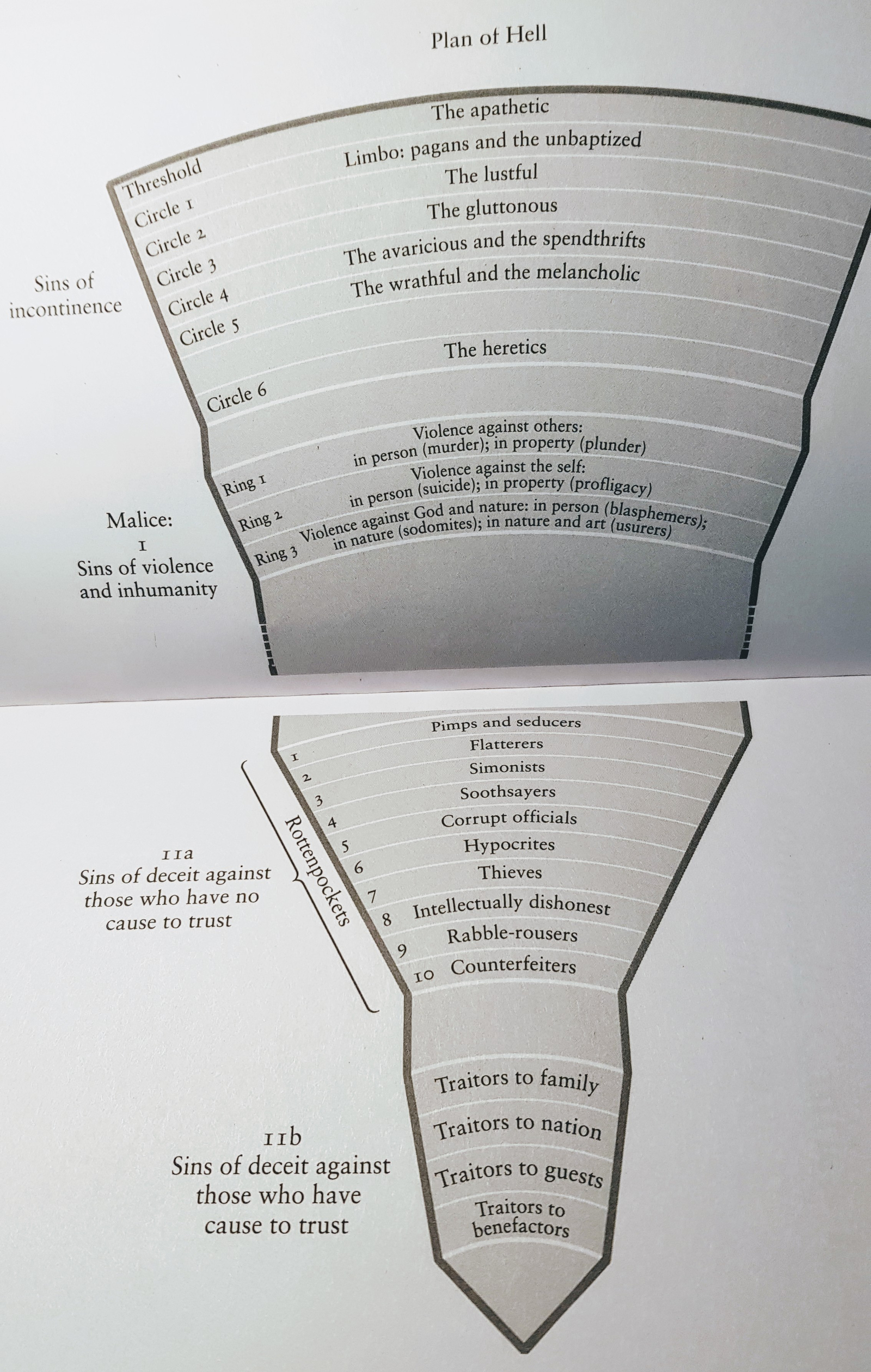