Do you send poems off to competitions? If not, why not? OK we all know it’s ‘a lottery’. Nevertheless most of us would admit it’s exciting to actually win something. Or is it?

I often debate this with poet friends and in particular the reasons not to enter comps. Let me know if you agree or disagree in the comments!

Reasons to submit to competitions

Reasons NOT to submit to competitions

Actually these are two separate arguments.

For some, it’s the principle of paying to enter a competition that grates. The fact that it takes hours and hours of work to even put a competition together, let alone promote/ judge and deal with all the related admin, is by-the-by.  In competition publicity the emphasis is usually on the material benefits of winning, or the prestige to be gained – how much you win, whether it includes publication, who has won it before and what they say about it, etc.

Perhaps if competition organisers were to appeal more to the altruistic side of people’s nature – in how, by entering, they will be supporting the work of the publication or organisation concerned – their might be less grumbling. Rather as charities do – where your money goes, how it’s spent etc.

And nobody should be shy about the fact that the poetry judges get paid – they are poets who are earning a living from their work, and we’re hardly talking Premiership wages. Are they supposed to read 3,000 poems for the love of it? (If indeed they read them of course – see note below on ‘sifters’). And who among us wouldn’t want the same treatment if we were in their position?

Not being able to afford the entry fees is another thing. Any solution to this I suppose requires people to self-identify as being in a very low income bracket, which I imagine not everyone wants to. Organisations like Arvon offer bursaries and there may be the opportunity of an ACE grant for professional development but I don’t know if that extends to competition entry fees.

I don’t know if it’s the case, but I like to think that the competition organisers might offer a few individuals free entry, if they are known to them. Maybe even state this in the ‘where your entry fee is spent’ section on a competition entry form – better still, ask people if they are willing to sponsor an entry by a poet who otherwise wouldn’t be able to enter, by paying some or all of their entry fee. I think there would be takers for that, much the same as buying someone a magazine subscription as a gift. I certainly know there are organisers of poetry readings who sometimes help people attend who otherwise wouldn’t be able to afford the entry fee or travel.

Ooh, are you sure? Maybe there’s more to it than this, but I’m no psychologist, so let’s take it on face value.

You only have to look at previous winning poems to know that there’s no magic formula or identifiable standard which makes a poem a competition winner. Second-guessing if something is ‘good enough’ is an impossible task.

There’s lots of advice on the web about what makes a ‘competition’ poem. Once you start writing them and getting the odd comp success, I think you get a feel for which of your poems are competition poems. But it’s tricky to identify any objective competition-winning DNA.

Standard advice is to research the judges. But that means finding out about their taste, not necessarily what they write themselves. Judges can be quick to spot ‘lookalike’ work, and it doesn’t always pay off. Is reading ‘something I could have written myself’ really going to surprise and delight a judge, send them into raptures? Personally, I doubt it.

So yes, read the judge’s own work, but also check out the results of other competitions they have judged. Read any interviews with them. Ask people who’ve been on their workshops. Or conversely, you might seek out competitions to enter where the judge is someone you have some experience of, as a tutor for example.

Remember too that many competitions employ first-round judges, or sifters. I encountered one competition where the named judge was sent only 30 or so poems, out of all the entries. You may have to read the small print (or ask around) to find this out.

Although it feels a bit scary to send off a competition entry, in the early stage of one’s writing career there’s actually very little to lose, in terms of the fragile poet ego. Unlike submitting to magazines, you generally don’t get rejections. If your poem comes nowhere, you’ve no idea how quickly it was sifted out, and you can just forget (or pretend you’ve forgotten) you even entered. Or you can tell yourself your poem was probably in the top 10% of entries, if it makes you feel better.

If you’re an established poet, with a national profile and several collections to your name, entering a comp calls for a thick skin. Imagine appearing on a longlist, but you don’t make the short list. Then you find a CW student with two published poems gets third place. Or wins. WTF!I’m sure competition organisers publish long and short lists as a favour to poets – so they can see how far they got, and feel excited to try again, that sort of thing. Ironically, the more successful the poet, the more this actually becomes a disincentive to enter. Perhaps competition organisers could add a confidentiality checkbox to the entry form which says something like “I do not wish my name to appear on published Long or Short Lists.” It’s never going to happen of course, because having a high profile poet on a long list adds kudos to the comp.

In fact you may even be thinking it’s a bit of a non-reason. If you don’t want to be seen to lose, don’t go in for the comp! I suppose that’s one answer!

If this is seriously a reason not to enter a comp (because you’re worried about winning) then I’m not going to persuade you otherwise!

There are potential disadvantages to winning a high profile competition, such as dealing with unwanted attention – people criticising your work or even launching personal attacks in a way that doesn’t happen until you win big or find yourself in the national papers. But I doubt anyone ever got trolled for winning the Kent & Sussex.

So there you are. There’s really no such thing as the perfect poem that everyone agrees is marvellous. Comp organisers and poet-judges need the money. The monstrous poet ego needs the affirmation. Social media needs a constant fuelling of ‘who won what and look at me I won and yay for all the winners’ etc. Let’s go compete, and may the best (ahem!) woman win.

Good places to get info on forthcoming competitions: 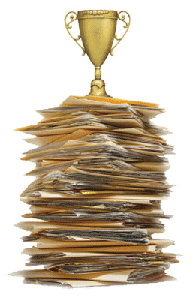